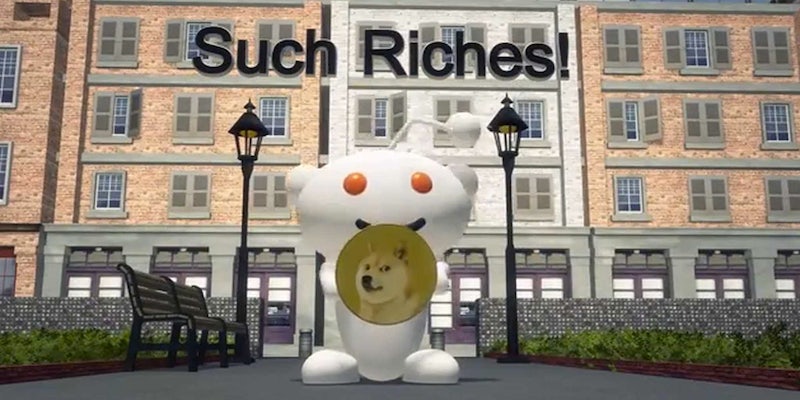 There’s a new saying in the Internet news business: Something isn’t news until there’s a weird Taiwanese animation about it. Well, according to that metric, Dogecoin is officially news.

Next Media Animation is the Taiwan-based satirical news program that’s lent its oddball visuals to everything from Barack Obama’s 2014 State of the Union address to Amazon’s proposed drone delivery service .

This week NMA decided to take on the meme-themed cryptocurrency that recently made headlines for helping send the Jamaican bobsled team to the Olympics and for committing to long-term monetary inflation.

True to the giving spirit that’s turned Dogecoin into the most heavily traded virtual currency on the Internet, NMA is offering to donate 100 dogecoins to anyone who leaves a comment on the video. Granted that only amounts to about 13 cents, but it’s probably the most money you’ll ever make for posting a YouTube comment.

Screengrab via Next Media Animation/YouTube