Taco Bell has been going H.A.M. on social media today.

Is this the greatest moment in AMA history? 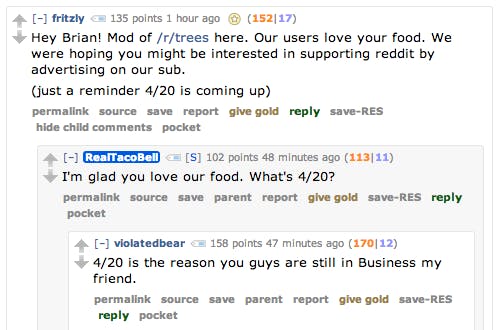 Some quick background: Taco Bell unleashed its breakfast menu on the world Thursday. (I wrote about the social media campaign leading up to the launch. The brand selected Twitter users and sent them burner phones with hashtag prompts; I was one of them.)

Since the launch, Taco Bell has been going H.A.M. on social media. It rounded up a group of “Ronald McDonalds” to give them free waffle tacos for a viral ad.

Then Brian Niccol, president of Taco Bell, took to Reddit for an Ask Me Anything session. Naturally, the discussion centered on weed and beer. But Niccol played clueless: When a moderator of r/trees, Reddit’s marijuana forum, asked if Niccol would consider advertising Taco Bell on the subreddit, the president pretended he’d never heard of 4/20. 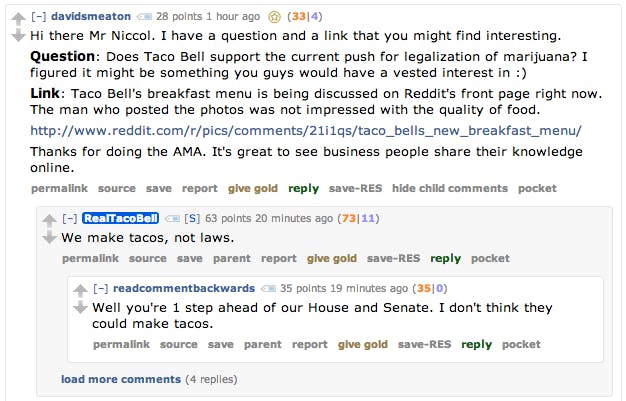 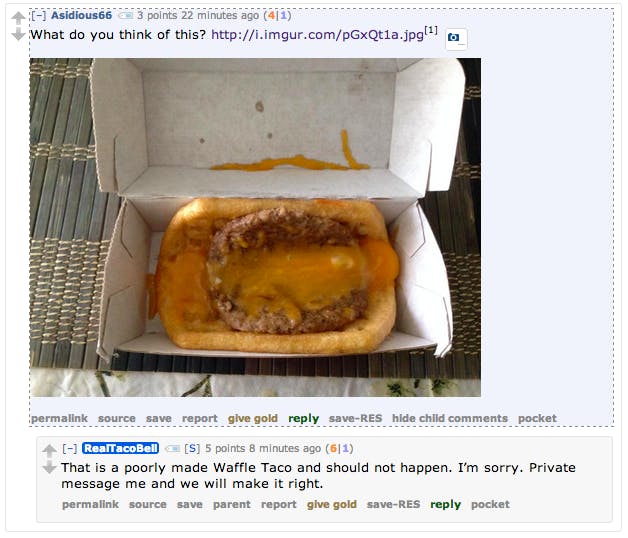 He also got sassy about Justin Bieber. 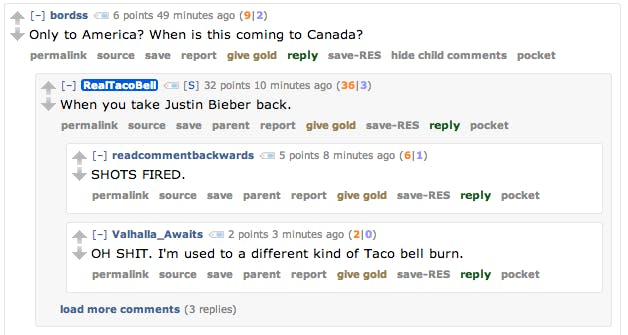 That was a poop joke, if you didn’t know.