You were lied to about ‘Street Sharks’

There was never a female Street Shark named Roxie.

It started out as a joke. A satirical sendup of comicbook superheroes, purposely given the most ridiculous name possible. No one, especially the guys who created it, ever predicted that something called Teenage Mutant Ninja Turtles, would become one of the most enduring legacies of the ’80s. Yet here we are in 2016 waiting for their sixth feature length film to come out. 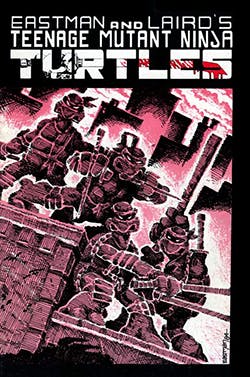 The cover of the first Teenage Muntant Ninja Turtles comic

For better or for worse, those four turtles became the best known ninjas of all time—something you usually try to avoid as a ninja—and that means that corporate america came running like sharks smelling blood in the water. 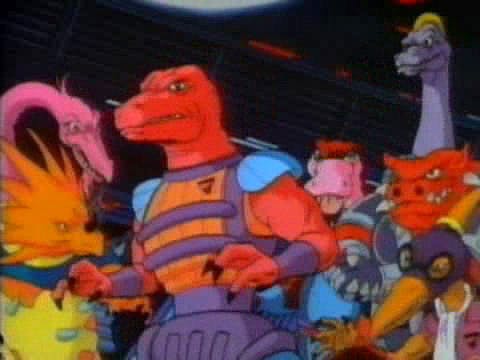 Or how about mutated sharks? And, since it was the ’90s by then, what the hell, let’s stick them on rollerblades.

Street Sharks was probably the most blatant, and most popular, of the TMNT rip-offs. Instead of mutated turtles, they were humans who got “gene-slammed” with Sharks. Instead of saying “Cowabunga” they said “Jawsome” and instead of turning into a multi-million dollar franchise, they were canceled after three seasons.

Which might be why it was so easy for a middle school boy named Jordan Miner to fill the world with false information about them. In 2003 he became the editor of the Street Sharks page on something called TVtome.com, which was a little known user-edited wiki for TV shows. As a goof, Miner created fake episodes, facts, and characters and, because no one was paying attention, or really cared one way or the other, he got away with it.

Then in 2005 TVtome was bought out by CBS and rolled into its site TV.com. Suddenly, Miner’s joke page became the go-to source for information on the long dead Street Sharks cartoon. In fact, as Miner points out in his article, a google search for “street sharks cast” still returns Henry Winkler as one of the results, even though he was never the voice of “Meathook,” a character Miner made up.

Perhaps the most enduring of these false Street Shark facts is the existence of a female street shark named Roxie. Here’s the description of the episode she appears in that Miner totally made up:

Streex’s sister Roxie has been wondering where her brother has been lately. Soon she stumbles upon the Shark Cave and learns her missing brother is the leader of a band of mutant sharks. Just then Slobster stops in and Roxie is severely injured. They’ll have to give her the shark treatment to save her.

For years people have been hunting for that episode and a glimpse of Roxie. Others have stated that she was their favorite character. This imdb thread about her is the perfect example of the mayhem that Miner unintentionally caused all over the internet.

Maybe that mayhem is harmless. After all, if there was never an anthropomorphic lady shark on a short-lived ’90s cartoon designed to sell toys, are we really any worse off for believing there was?

Probably not, but it does emphasis the importance of double-checking facts, even when they seem to come from legitimate sources like TV.com and imdb (which still incorrectly list Khary Payton as the voice of “Moby Lick”).

If a bored middle schooler can accidentally make the world believe in a shark named Roxie, then what have adults pulled off intentionally that we don’t even know about?

It’s certainly a sobering thought. Perhaps Twitter user @LuckLupin has the right idea, and we just need to start questioning everything.

"What if Henry Winkler was in Street Sharks, but Minor is trying to convince us that he wasn't?