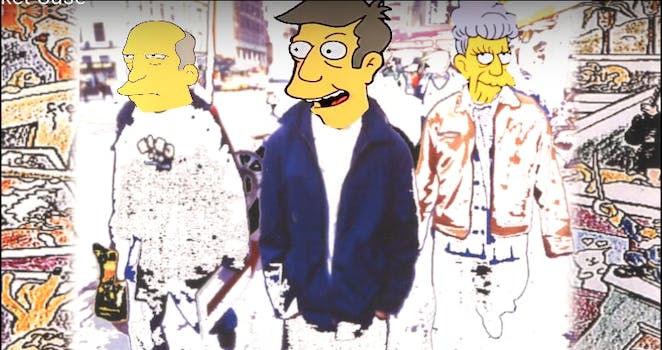 You need to hear this.

The European Renaissance, which took place roughly between the 14th and 17th centuries, was the second-greatest period of artistic expression ever.  The first, of course, being the mid-’90s. If you don’t believe that, let us offer into evidence that Green Day released Dookie in 1994 and two years later The Simpsons aired an episode entitled “22 Short Films About Springfield,” which gave us the famed “Steamed Hams” sketch. The period found these creatives at the pinnacle of their brilliance, and it changed everything.

Over the years and decades that followed countless artist have covered Green Day songs, and Steamed Hams has become a beloved meme, remade on YouTube into increasingly more bizarre versions of the original. You may remember that in the Simpsons episode, it’s a throwaway lined ad-libbed by Principal Skinner, here a bumbling lunch host to his boss, Superintendent Chalmers.

Turns out a genius quietly combined the two—and the internet is starting to notice.

On Aug. 18, someone going by “piratecovejoe” on YouTube created a mashup of “Basket Case” by Green Day and Steamed Hams, auto-tuning the Simpsons dialog to fit the song. The video, “Steam Day – Hamsket Case,” did fairly well, racking up a respectable 4,500 views, but things really took off this week when another user named Juliana Egg reposted the song, along with the original animation from the episode.

Despite having only 391 subscribers (many of whom she likely picked up in the last three days) the video has already been viewed more than 113,000 times. Egg told the Daily Dot that she heard the original via her boyfriend’s Twitch stream and tried unsuccessfully to get in touch with its creator. Egg says she made the video in Adobe Premiere, and that she spent the first night this month working 13 hours on it—she said it took about 40 hours to finish.

“Basically what I did was splice the original video up by word, and then by syllable, and matched each of those frames up to the song. I had to play around with the lip-syncing a lot in order to make things look fluid.Ii just graduated college with a degree in illustration, and I took a couple classes on animation that I feel helped me in understanding all that motion,” Egg added.

She said she graduated from Columbia College in Chicago and makes comics and character design—you can license work from her on Twitter, she said.

It’s been reviewed by the likes of Paste and the A.V. Club, which called it “painstakingly made and terrifyingly strange.”

Egg seems to be taking it all in stride, tweeting “i’m shitting my pants” about the recent flurry of attention.

It’s worth reiterating that the original works this video is based on are both over 20 years old. It just goes to show that if you create a truly quality work of art, be that a painting on the ceiling of a church, a classic pop-punk album, or just an unforgettable luncheon, history will remember you for years to come.