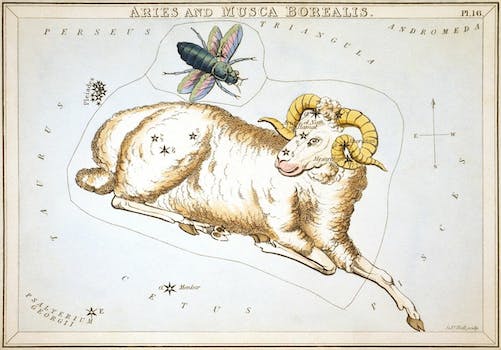 If these alerts sound like a computer wrote them, you're not wrong.

2018 was a big year for astrology memes. Whether or not you believe in astrology, it’s hard to dislike the online accounts that create hilarious memes for each sign of the zodiac. Astrology memes have fueled a renewed interest in astrology and daily horoscopes, leading to apps like Co-Star. If you’re not already familiar with the astrology app, Co-Star allows you to compare your entire chart with your friends and assess compatibility between two people. The app also gives you a daily outlook and sends push notifications, if you choose to opt in.

These push notifications aren’t in line with usual daily horoscopes—which offer vague and positive advice. Instead, Co-Star’s ‘your day at a glance’ alerts are completely random, and sometimes even slightly offensive. People have begun screengrabbing their notifications and sharing them on Twitter.

literally no one:
co-star : pic.twitter.com/fmBJ2PlAax

So relevant to how my day is going. #CoStar pic.twitter.com/hyXWC3MpR9

My astrologist is so rude. #CoStar pic.twitter.com/vWU250SJks

i literally got one that said nothing but “drink water” and then TODAY’S is dragging me for not taking care of myself pic.twitter.com/VW8Xe7wKRo

Uh, no, horoscope, I don’t think I will do that. #horoscope #costar #deadinside

Dont call me out like that CO-STAR but fair pic.twitter.com/3Ks3tRswQD

All these sassy messages have led to what amounts to free advertising for Co-Star. Now things have reached a whole new level as the strange push notifications have become a meme. People are making fake Co-Star notifications that are only slightly exaggerated versions of the real thing.

Co-Star has even gotten in on the fun. They might be promoting pseudo-science, but never let it be said the creators don’t have a sense of humor.

All of which leads to a very good question: Who’s writing this stuff?

me, working for costar: go to the grocery store and buy a single blue raspberry jolly rancher. pic.twitter.com/6UxADk16SS

As it turns out, humans may not be doing any of the writing at all.

According to Co-Star’s official website, “Our powerful natural-language engine uses NASA data, coupled with the methods of professional astrologers, to algorithmically generate insights about your personality and your future.”

If Co-Star’s predictions and advice do seem a little on-the-nose for you, you might be worried there is a more scientific reason why. Certainly, if the app was mining your data and browser history it could become incredibly accurate. If Co-Star starts telling you that you’re having lunch with your sister at 12:30 at IHOP it might be time to delete the app.

But Guler insists that’s not what’s happening. “We don’t have that data,” she said. Like most apps, Co-Star does use cookies to collect some user data, like how often you use the app, and on what device, but Guler says the app is not looking at browsing history.

At the very least, Co-Star has gotten everyone’s attention. What happens next depends entirely on whether Saturn is in retrograde during the next new moon.