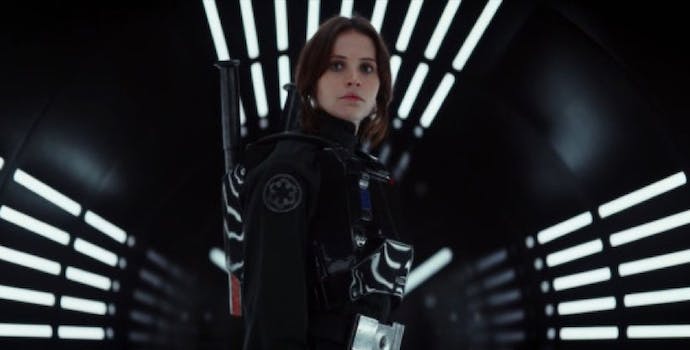 The #DumpStarWars boycott was a complete disaster

Earlier this month, supporters of Donald Trump attempted to organize a boycott of the new Star Wars flick, Rogue One, because of its allegedly liberal message and its writers’ anti-fascist views. Now that the box office numbers are in, it appears the #DumpStarWars boycott fell on its face: Rogue One had the second-biggest December opening in U.S. history at $155 million.

Now that their boycott of the second-highest-grossing movie franchise of all time has been roundly rejected, the #DumpStarWars crowd is trying to pick up the pieces. They’re “crybabies struggling to save face, ” as Deadspin put it.

Alt-right/Gamergate icon Mike Cernovich has declared the boycott a success because Rogue One‘s domestic box office fell short of the record set last year by The Force Awakens. Never mind that a spinoff isn’t comparable to the first new Star Wars film in nearly a decade (and the first since Disney took over the franchise).

This is wildly inaccurate because the $155 million domestic figure was for a single weekend, not the entire run of the film. Also, Rogue One is showing outside the U.S.!

It’s at $290 million worldwide, and that’s before it opens in China and South Korea. The film didn’t “lose money,” even if it ends up making fewer hundreds of millions than The Force Awakens (which had a $300 million budget). There’s no evidence the boycott will even make a dent in Rogue One‘s overall profitability.

Hell, some people are even claiming they saw the movie because of the boycott.

The real irony of #DumpStarWars is that it made me want to see a movie I otherwise would have just waited to catch on Blu-Ray.

The main result of the boycott seems to be that one if its main proponents, Jared Wyand, was suspended from Twitter after claiming the movie was part of a Jewish media conspiracy to promote “white genocide.”