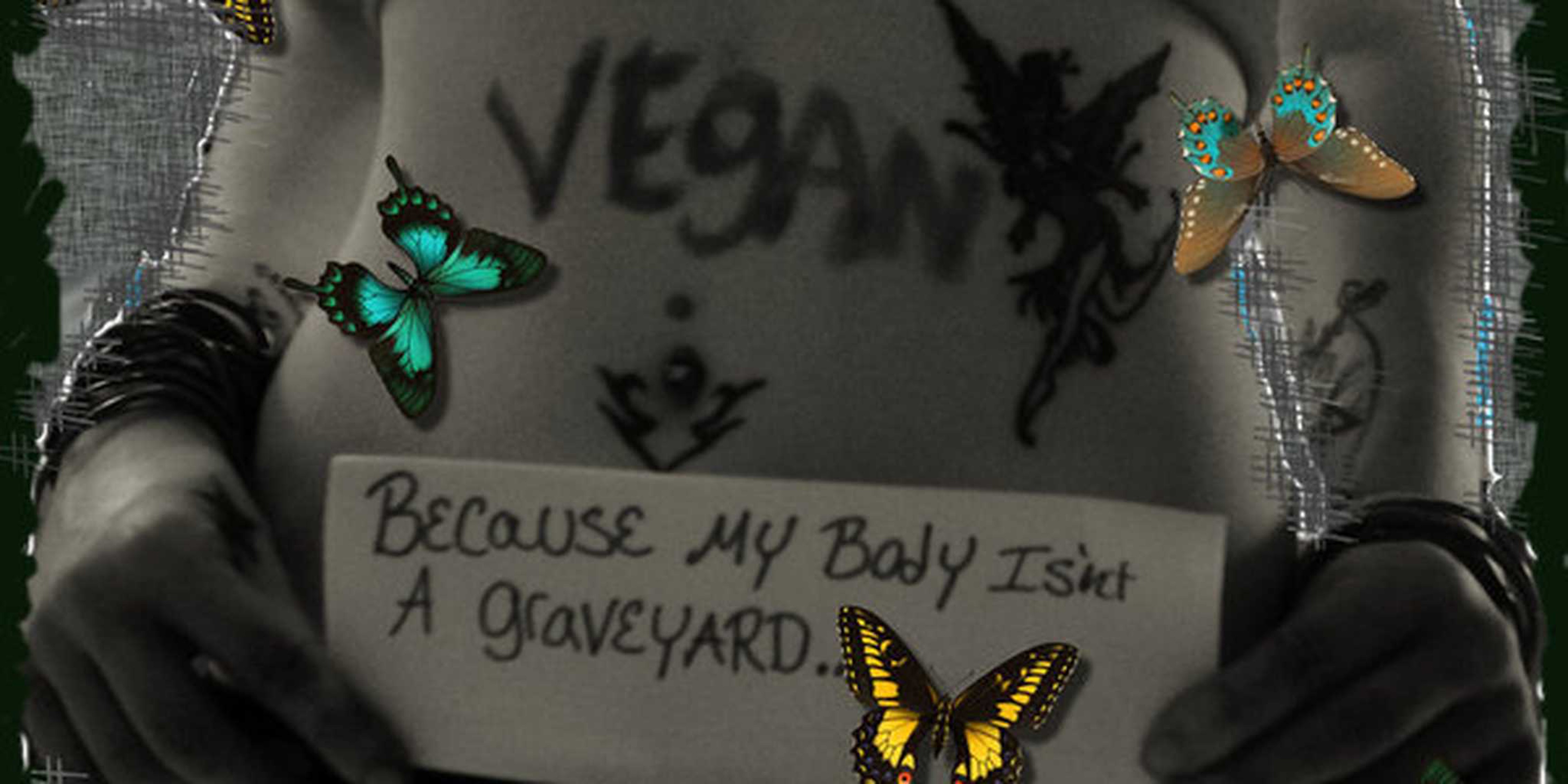 Meet the trolls and hoaxers of social justice Tumblr

Is this militant vegan activist for real? Or is she a troll? If you’re at all familiar with Tumblr’s social justice community, you may find it hard to be sure.

What you’re about to read is a review of a KFC sandwich.

There is nothing sweet or savory about the rotting carcass of a chicken twisted and crushed with cruelty. There is nothing delicious about bloodmouth carnist food. How does it feel knowing your stomach is a graveyard?

This comes to Tumblr via vegan activist forfuturereferenceonly, who simply meant to make carnivores feel guilty but ended up, as one person pointed out, writing “the most METAL description of eating a chicken sandwich in the history of mankind.”

Click through to forfuturereferenceonly’s blog, and you’ll find it full of things like this: over-the-top rebuttals of generic Tumblr posts from complete strangers, either arguing in favor of veganism or a social justice agenda. The question is: Is forfuturereferenceonly (a.k.a. Tammi, “Androgyne/Proud Environmental Vegan/Born with two X chromosomes”) for real? Or is she a troll?

If you’re at all familiar with Tumblr’s social justice community, you may find it hard to be sure.

On Tumblr, it’s virtually impossible to avoid the site’s social justice community. We say “avoid” because while so-called “SJ Tumblr” combats racism, sexism, homophobia, transphobia, and countless other issues, it somehow manages to irritate the hell out of many Tumblr users—including people who share the community’s basic values.

While Tumblr’s userbase tends to skew younger and more politically liberal than, say, Facebook, SJ Tumblr has gotten a bad rep for being reactive and obnoxious. Accusing someone of being an SJ blogger is the Tumblr equivalent of calling someone a hipster: You may fulfill all the necessary criteria to be one, but nobody wants to own the title. Even “real” social justice activists are beginning to shy away from the name, purely because of the negative connotations on Tumblr.

In fact, the situation is pretty similar to the kind of rifts that exist in the real-world social justice movement. Some activists want to take a more middle-of-the-road, mainstream route, and end up accusing others of being too extreme or politically correct. The most controversial example of this on Tumblr is the debate over whether “otherkin” (people who identify as animals, mythical creatures, or inanimate objects) should be awarded the same amount of respect as transgendered people. Some say yes, while others argue that “otherkin acceptance” makes a mockery of the ongoing campaign for LGBT equality. 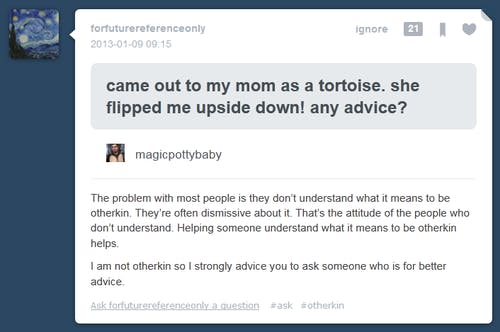 Because some SJ activists (understandably) take this type of issue very seriously, they’re easy to parody. One infamous example is Prince-Koyangi, an “autistic pangender asexual demiromantic trans-Asian cat” who preferred gender-neutral pronouns and had multiple personalities. Prince-Koyangi gained thousands of followers almost overnight thanks to a combination of SJ Tumblr backlash and the mesmerizingly bizarre nature of his/her/its posts. After all, who’s to say Prince-Koyangi wasn’t multiple people (including a cat and a “trans-Asian” persona), all inhabiting the body of a caucasian teenager?

But after a few weeks, Prince-Koyangi announced that the whole thing had been an elaborate hoax. Most people were unsurprised, but the account had still had its fair share of supporters. As the former writer of Prince-Koyangi explained, the blog was created to highlight the absurdities of Tumblr’s social justice community:

“I find it so utterly absurd that a movement whose original purpose was to defend the rights of POC, trans individuals, and other oppressed groups has been co-opted by people who believe they are dragons or that they have Homestuck characters living inside their head. It’s hilarious to me. It’s also incredibly offensive.”

Amazingly, this kind of thing just keeps on happening. Earlier this year Tumblr user francieum achieved cult status for her SJ-baiting, Jesus-themed text posts, only to reveal that her overly literal persona was a hoax as well. And last week, forfuturereferenceonly finally came clean about her blog being an “experiment” all along:

“As some of you have already guessed, Tammi’s not a real person. This blog was operated as a social experiment on how tumblr’s userbase would react to an “extremist, inconsistent, rude, hypocritical social justice blogger.” The character was meant to be ironic and exaggerated. Tammi was loosely based on the Homestuck character Kankri Vantas.”

To an outsider, it seems almost impossible to believe that people actually fell for Tammi’s experiment. Scroll through the #forfuturereferenceonly tag and you’ll see hundreds of people claiming that they knew she was a troll all along. Most of them probably did. Some may have felt that lingering sliver of doubt.

Tammi’s posts about how vegetables can feel pain or how offensive it is when a man holds the door open for a woman seemed like direct parodies of the “political correctness gone mad” aspects of SJ Tumblr. But Tumblr is full of “real” SJ activists, easily angered teenagers experimenting with new political values and vegans who are sick of being mocked for their food choices. Also, Tammi’s social justice reblogs were interspersed with photos and posts about Homestuck. Nothing says Tumblr authenticity like Homestuck references.

Tumblr culture being the way it is, another Tammi-esque hoax will come along soon enough. But while blogs like this can be annoying, they’re damn entertaining and proof that the whole “humorless feminist” thing is a massive fiction. Whether or not they actually fell for the hoax, many Tumblr users found themselves following forfuturereferenceonly, first out of morbid curiosity and then out of a sense of weird admiration.

The best satire is often indistinguishable from reality, and Tammi’s strength was that a lot of the time, her readers wanted to agree with her. Even if they were “bloodmouth carnists.”