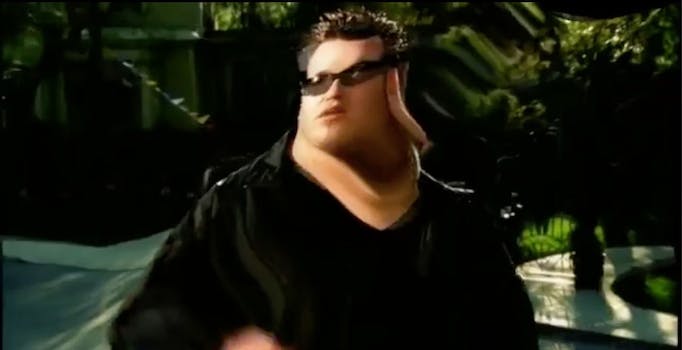 Meet the madman behind the Smash Mouth ‘All Star’ resurgence

Smash Mouth’s “All Star,” the Shrek song you’ve had stuck in your head for 15 years, has become one of the internet’s favorite targets for bizarre remixes and mashups. Well, the “All Star” remixes start coming and they don’t stop coming. In the latest good one, the vocals keep getting higher while the music keeps getting lower.

This descent into Smash Mouth hell was created by James Nielssen, Twitter’s @cool_as_heck, who also recently produced a version of “All Star” where every word is the opening “some-BODY.”

And here’s his remix of “All Star” that gets 15 percent faster whenever lead singer Steve Harwell says “the”:

Why all this Smash Mouth insanity? Why now? The song has been a joke on the internet for years, but it seems to have crashed into another, more recent trend of warping the hell out of popular videos.

Nielssen is big into remixes and mashups—here are some of his best—and he’s also really into Bee Movie.

Coincidence? Could bee, but then again …