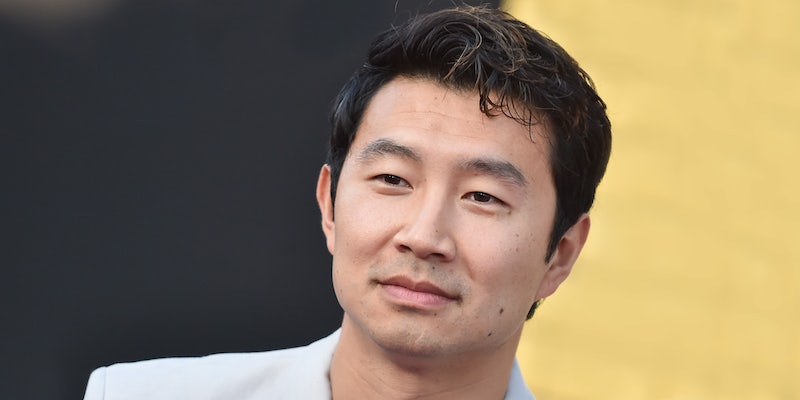 'If the only gatekeepers to movie stardom came from Tarantino and Scorsese, I would never have had the opportunity to lead a $400 million plus movie.'

It’s been a few weeks since a famous person working in Hollywood offered light criticism of the MCU and comic book movies or asked what happened to the traditional movie stars, leading to people being mad online, so let it be known that Quentin Tarantino is pulling double-duty to fill both of those voids.

The fallout, as expected, is a well-trodden debate about whether Marvel is ruining movies, one that eventually saw Simu Liu, one of Marvel’s more recent leads, weigh in—and get ratioed as a result.

On Monday, Tarantino stepped in as a guest cohost for the newest episode of 2 Bears 1 Cave. As part of a larger conversation about Hollywood, he touched on a topic that some, such as Jennifer Aniston, had recently wondered: Where did the movie stars—the actors whose mere presence in a movie could guarantee a hit of some magnitude and whose fame transcended—go? Part of it, Tarantino posited, was what he called the “Marvel-ization of Hollywood” in that the draw of a movie was a character or property, not the actor starring in it. In his explanation, he cites Chris Evans’ Captain America and Chris Hemsworth’s Thor as two examples.

“Part of the Marvel-ization of Hollywood is…you have all these actors who have become famous playing these characters,” Tarantino said (via Variety). “But they’re not movie stars. Right? Captain America is the star. Or Thor is the star. I mean, I’m not the first person to say that. I think that’s been said a zillion times…but it’s like, you know, it’s these franchise characters that become a star.”

He wanted to make it clear that he didn’t hate Marvel movies; like many people working in Hollywood right now, he grew up reading Marvel movies. His issue seemed to be more about how he wants more than just comic book movies to get made.

“My only axe to grind against them is they’re the only things that seem to be made,” he added. “And they’re the only things that seem to generate any kind of excitement amongst a fan base or even for the studio making them. That’s what they’re excited about. And so it’s just the fact that they are the entire representation of this era of movies right now. There’s not really much room for anything else. That’s my problem.”

The expected backlash to and defense of Tarantino’s comments emerged, encompassing the shades of current film discourse. Some people argued that Tarantino had a point, while others didn’t see an issue with going to see a movie based on which characters appeared in it instead of which actors starred in that film; others were quick to point out the larger issues in Hollywood.

But on Tuesday afternoon, the comments got even more attention after Simu Liu, who stars in Marvel’s Shang-Chi, called out Tarantino and Martin Scorsese (who, at this point, is looped into Marvel discourse whether or not he said anything about Marvel lately) over how unlikely it would be that Liu would become a star or lead a successful movie if they were the only people to determine who was a star and who wasn’t.

“No movie studio is or ever will be perfect,” Liu added. “But I’m proud to work with one that has made sustained efforts to improve diversity onscreen by creating heroes that empower and inspire people of all communities everywhere. I loved the ‘Golden Age’ too.. but it was white as hell.”

Liu’s response is something of a mixed bag. He’s not wrong about the overall whiteness of the Golden Age, although efforts are being made to highlight older nonwhite cinema in recent years. While more studios (including Disney, his employer) have made strides in telling more inclusive stories, it’s not as clear-cut that Disney promotes inclusive stories and people like Tarantino and Scorsese don’t (even though many of the characters in their films are white).

Disney’s utterly abysmal track record on LGTBQ+ representation in their movies aside, both Tarantino and Scorsese have track records of promoting and championing international releases. Scorsese’s mission to preserve film from around the world is well-known enough in some circles that it gave credence to the existence of a fake Scorsese movie that nobody had heard of on Tumblr. They’ve both stumbled in some of their film depictions. The conversation is not as simple as it’s being framed.

His tweet went viral as people pointed out how Marvel and Disney’s efforts to make more inclusive blockbusters are being used to combat any legitimate concerns people might have, an argument that also occurred around negative reviews of Eternals.

An older interview with MCU stalwart Anthony Mackie popped up as people pointed to Mackie making the same points that Liu criticized Tarantino and Scorsese for.

A few people highlighted Disney’s efforts to bury Kundun, Scorsese’s 1998 movie about the Dalai Lama that heavily features a Tibetan cast, because it upset the Chinese government (for acknowledging a Tibetan figure like the Dalai Lama). Disney would eventually apologize for offending China.

Liu’s response to being ratioed? He tweeted a GIF of himself from Shang-Chi in which he prepares to fight and captioned it with, “bracing for loser internet trolls like.”

It’s a topic we’ve seen dissected repeatedly, and if the fervor around both Tarantino and Liu’s comments is any indication, it’s probably not the last time we’ll see it, either.