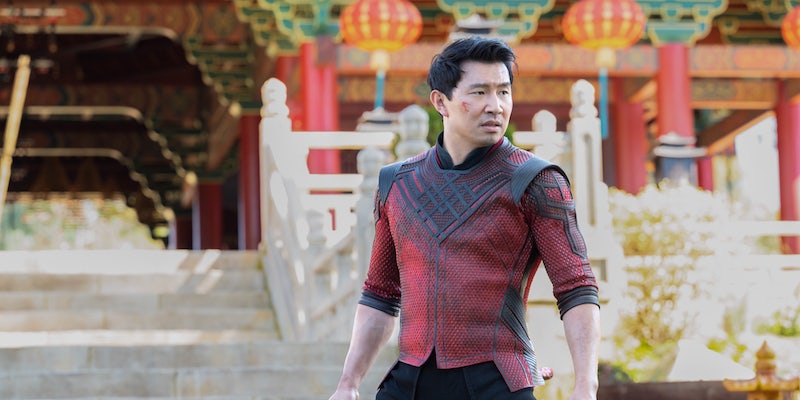 ‘Shang-Chi’ is an exciting, action-packed entry in the MCU

It's one of Marvel's best standalone movies in years.

Origin stories can be something of a slog, even in the Marvel Cinematic Universe. Many of them tend to hit the same beats even if the heart of their stories couldn’t be any more different from each other, so it takes a lot to make them stand out; they’re also often tasked with exposition dumps left and right. With none other than legendary actor Tony Leung in its pocket, an enticing family drama at its core, and some great fight sequences, Shang-Chi and the Legend of the Ten Rings soars past those (admittedly low) bars, giving us one of the MCU’s better origin movies even as it runs into a few familiar roadblocks.

Shang-Chi and the Legend of the Ten Rings

RELEASE DATE: Sept. 3, 2021
DIRECTOR: Destin Daniel Cretton
RELEASE: Theatrical
‘Shang-Chi and the Legend of the Ten Rings’ offers one of the strongest character stories in the MCU since ‘Black Panther’.

While Shang-Chi has its fair share of nods and ties to the larger MCU throughout, it’s largely a standalone origin story. With Destin Daniel Cretton, who’s known for smaller indie dramas like Short Term 12, at the helm and a script by Cretton, David Callaham, and Andrew Lanham, Shang-Chi quickly builds its world from the ground up and is given the same weight as some of the lore.

The meaty family drama is there from the beginning. Shang-Chi (Simu Liu), who grew up on the fantastical stories about the legendary rings that kept his father alive for around 1,000 years and the wuxia-inspired fight-turned-meet-cute between his father Wenwu (Leung) and his mother Ying Li (Fala Chen), was trained to become a deadly assassin starting at the age of 7. By 14, he was assigned his first target.

Rejecting that legacy, Shang-Chi (who changes his name to Shaun) ran off to San Francisco, where he’s perfectly content working as a parking valet alongside Katy (Awkwafina), his best friend from high school—and often the audience surrogate as we’re thrust deeper into a world full of assassins, powerful rings, an underground fight club, and a legendary locale that’s home to creatures straight out of Chinese myths. Shaun and Katy have an easy rapport that pops off the screen; given the choice of a good night’s sleep or a night of karaoke they might regret later because they’re sleep-deprived, Shaun and Katy will choose karaoke every time.

It’s been 10 years since Shang-Chi, after being given his first assignment by Wenwu, ran away instead, but soon enough his past comes back to haunt him, resulting in a tension-filled family reunion that illustrates the grief, trauma, and abandonment that threatens to bubble over. Li has been dead for years, which resulted in Wenwu turning his son into a killing machine while more or less ignoring his daughter Xialing (Meng’er Zhang) in part because of how much she reminded him of his wife; when she left home, she started her own fighting ring. “I watched everything they did and taught myself to do it better,” Xialing says. But she feels just as abandoned by Shang-Chi. Before he went on his first (and only) mission, he told her he’d be back in three days; he never returned. A trek to the hidden village of Ta Lo and encounters with their aunt Ying Nan (Michelle Yeoh) and Master Guang Bo (Yuen Wah) complicate things, particularly when they discover the truth behind their father’s next move.

The history behind Marvel’s Shang-Chi, who was created by Steve Englehart and Jim Starlin in the early 1970s, is, to put it lightly, complicated. In bringing Marvel’s first Asian superhero to the big screen, Shang-Chi tries to remix, course-correct, and reshape parts of that legacy. Shang-Chi’s father in the comics was a racist caricature, but the MCU creates a new character who carries the Mandarin moniker. In a conversation about the importance of names (and an attempt by Marvel to rectify its own past missteps), there’s a reference to Iron Man 3’s Trevor Slattery (Ben Kingsley), an actor who was hired to play the Mandarin, alongside a bit of commentary on cultural appropriation.

The fight sequences in Shang-Chi are Marvel’s best yet, which is both a testament to fight coordinators Andy Cheng and Peng Zhang and an indictment on how low the bar was. (For Marvel’s fight choreography at its lowest, look no further than Netflix’s Iron Fist series.) Two of its best fights—the fantastical fight between Wenwu and Li and a faceoff on a bus between Shang-Chi and a group of Ten Rings assassins—take place early in the film, setting some high expectations for future encounters, many of which pay off. Gone are awkward edits; the choreography is much smoother than it’s been in recent films. If there’s any justice in the world, Shang-Chi will spark many Marvel fans to check out more kung fu movies, even if the end result is, in hindsight, making some of the action in Shang-Chi pale.

The all-star cast truly carries the film, even in some of its clunkier moments. Leung, who already found success for decades in Hong Kong cinema, knows just how to showcase with little more than his eyes. Liu, who many viewers will know from beloved Canadian sitcom Kim’s Convenience, brings a relatable empathy. And while Awkwafina is reliable as the comic relief, it’s Zhang who steals the show portraying a character who’s just as worthy of wielding the Ten Rings as Shang-Chi.

Shang-Chi is weighed down by some of the same issues that have been plaguing Marvel movies for a while: Its final act relies heavily on CGI fights that struggle to be anything other than distracting and are often far less interesting than the emotional conflict. It reveals a darker side to a hero than we’re used to seeing, but like Black Widow, it seems hesitant to fully explore what those shades of gray truly mean.

As it delves into Wenwu’s grief, in Shang-Chi’s struggle to figure out who he is, and Xialing’s fight to be better than anyone else—even her brother—it also offers one of the strongest character stories in the MCU since Black Panther. It’s yet another benchmark in the MCU, but it’s also a film that would be just as enticing without those connecting threads.

Shang-Chi and the Legend of the Ten Rings is now playing in theaters.