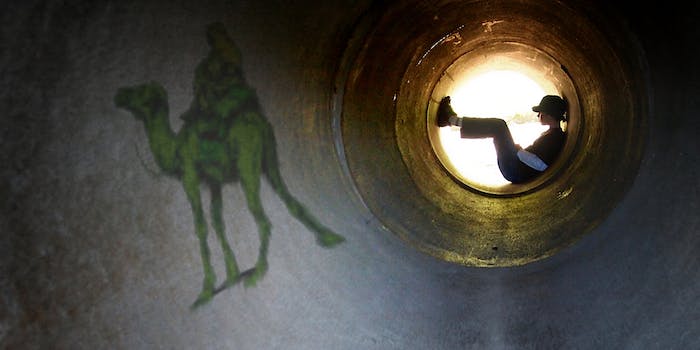 Silk Road purchases are designed to be secret, but teens have a terrible track record of bragging about their drug deals online.

The most pressing threat facing Silk Road isn’t the FBI. It’s the teenage patrons who are bringing an undesired spotlight to the Web’s biggest illegal marketplace.

Accessible only through Tor, the anonymizing Web browser and gateway to the so-called Dark Web, Silk Road purchases are designed to be secret, carried out through the cryptocurrency Bitcoin. But as covered by the Daily Dot last month, teens have a terrible habit of bragging about their drug deals online.

As of late, the chatter on the Tumblr hashtag #Silk-Road has been quieter, but it hasn’t gone silent. For instance, Nicole, an 18-year-old psychology and art student at Western Washington University, still regularly blogs about how she gets her boyfriend’s drugs shipped to her unsuspecting parents’ house. Even more incredible is the unofficial Silk Road Facebook page, which currently boasts 2,733 likes. It features hundreds of people talking about buying from the black market while using their real names and Facebook accounts.

Many of the posters are minors, though some, like Nicole, skew slightly older. Depending on who you ask, the posts either display gross naivete or admirable openness about drug use.

In the Silk Road forums, the response has been mixed. Some laughed off the trend, starting the Hoover Awards—inspired by the popular Darwin Awards and named after the first director of the FBI—“given to people who find stupid and innovative ways of getting themselves arrested.” (While the teens featured in the Daily Dot article were contenders, the first Hoover went to a Georgia college student who asked for ecstasy pills and left his Facebook page as a contact.)

But the phenomenon has also sparked an intense debate about the potential implications of selling drugs to kids, one that gives important insight into the ideologies at play on the Dark Web’s most prominent black market and a bastion of free market thought and practice.

“We need to stop kids from using silkroad somehow,” wrote user Totalpay in reaction to the Daily Dot article. “Any ideas?”

Some members wondered if proof of age should be required for registration. The suggestion was widely panned.

“Obviously you can’t stop teenagers, nor should we try,” wrote Hitch. “What young people choose to do with their bodies is a fundamental right of theirs, as much as ours.”

“If teenagers want drugs, they will find them,” added FreedomOutlaw.

Silk Road was founded on the principle of individual freedom. Founder Dread Pirate Roberts wrote in 2012 that it’s about “taking back our liberty and our dignity and demanding justice.”

But for several users, the concern had less to do with liberty than livelihood. The lack of discretion puts businesses in jeopardy—and business has been booming. As Silk Road has gained mainstream popularity, it may have doubled or even tripled its profits thus far in 2013.

DrMDA, a popular ecstasy vendor, said he is against “anyone using drugs before their brain has developed fully. I would not sell to anyone below 20 if I could.”

Ultimately, there’s little chance that Silk Road will take steps to prohibit minors or anyone else from logging in and purchasing the drugs of their choice. Such a move would run counter to everything Silk Road stands for and operates by.

But there is a hope among many users that Silk Road can provide a safer alternative to buying drugs in school or in the street, as well as a way to educate users in a way that their peers simply cannot. When schools and governments often refuse to speak honestly and openly about drugs, the logic goes, the Internet may be the best source of information a user can get.