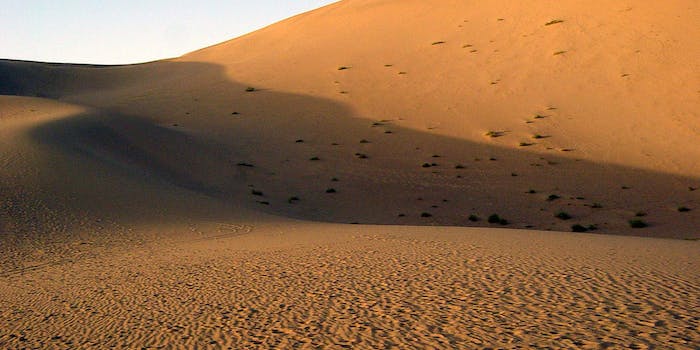 How big is the Internet’s most notorious black market?

Silk Road vendors have sold an estimated $30-45 million in drugs over the past year.

It’s not hard to guess that running the world’s most notorious online market for illegal drugs is big business, with millions changing hands every year. But just how big is Silk Road, and how fast is it growing?

Carnegie Mellon computer security professor Nicolas Christin says Silk Road’s traffic and reputation have increased so drastically over the past year that he expects the famous black market may have doubled transactions over the past 12 months. “Somewhere between $30 million and $45 million a year would not surprise me. It may even be more,” he told the Daily Dot.

In August 2012, Christin conducted a comprehensive analysis of Silk Road that estimated its sales had reached $15 million per year. Christin’s study has become the most widely cited source of information on Silk Road’s business. Numerous vendors and customers on Silk Road have effusively praised his work.

A June 2013 crawl of Silk Road revealed that the black market boasted at least 1,239 active vendors selling at any given moment, double the number Christin counted in August 2012. This crawl was conducted by StExo, a Silk Road vendor and money launderer, with the explicit permission of Silk Road’s owner, Dread Pirate Roberts.

The last 12 months have been mostly kind to Silk Road. Vendors seem to have an endless supply of customers willing to pay for their products. The biggest threat to the marketplace doesn’t seem to be law enforcement or even market forces—it’s the technology. Silk Road, like other sites on the Dark Web, relies on the anonymization service Tor, which comes with its own set of limitations.

“It will be interesting to see how far [Silk Road] can scale,” Christin said. “My hunch is that they may already be hitting some scalability limits due to the Tor network itself. Although it has grown by leaps and bounds, it is still not a very large network, and most relays are run by volunteers. Hidden services are still a very experimental feature with known issues (see,e.g., the paper “Trawling for Tor hidden services” at this year IEEE S&P conference).”

Considering the emergence of rival black markets such as Atlantis and Black Market Reloaded, Christin said, “It will also be interesting to see how the competition shapes up.”

Christin’s Silk Road study has received extensive press coverage in around the globe in publications such as Wired, Ars Technica, Gawker, and the New York Times. Although subsequent crawls of Silk Road have taken place, none have been academic, and none have shared so much information about the site so widely.

When asked whether he hopes to complete another crawl, Christin said “Possibly, I don’t know. The paper has already been written, so it may be more interesting to me to focus on other research questions.”