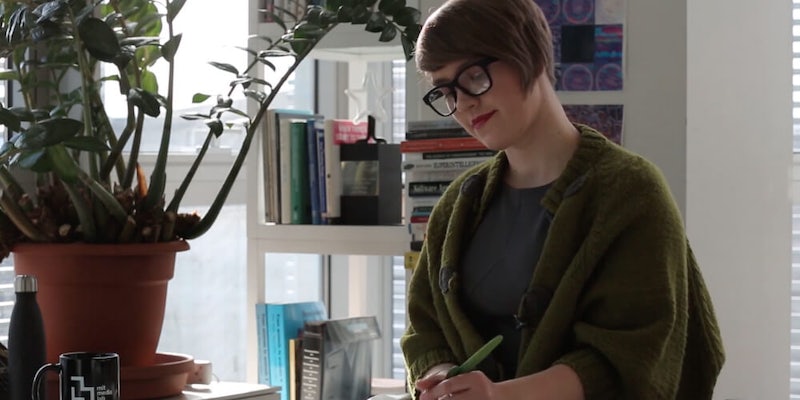 The glasses have understandably been met with backlash.

Glasses that shock students into paying attention have understandably not been received well.

The glasses are designed to vibrate their wearer’s cheekbones when they detect wavering attention. People are speaking out against the glasses, saying they are harmful, especially for people with learning disabilities.

The glasses, called AttentivU, were created by researchers as a project out of the Massachusetts Institute of Technology (MIT) lab. A press release for the glasses states that the glasses have already been tested on over 100 live subjects.

“It is increasingly hard for adults and children alike to be attentive given the increasing amounts of information and distractions surrounding us,” the press release reads. “We have developed AttentivU: a device, in a socially acceptable form factor of a pair of glasses, that a person can put on in moments when he/she wants/needs to be attentive.”

Historically, treatment for autism, ADHD, and other types of neurodivergance have focused on compliance and having the individual appear as neurotypical–that is, a person without learning disabilities or diverging neurotypes–as possible.

The consequences for this are only starting to be recognized, but involve lifelong trauma as well as inhibiting one’s ability to learn.

And because of the fixation on eye contact as a marker of the students’ level of attention and engagement, the MIT researchers used eye movement and brain activity sensors to detect the level of engagement a person is exhibiting “and provide either audio or haptic feedback to the user when their engagement is low, thereby nudging them to become engaged again.”

The glasses align with other abusive yet mainstream training methods that autistic and other disabled children are subjected to. This is naturally a cause for concern among the autistic, ADHD, and neurodiverse community and their allies.

“In other words ‘torture neuroatypical children until they put up a good appearance of being neurotypical’. Brilliant idea,” Twitter user @rstoneham77 wrote.

I assume they're only testing this on allistic people but will apply the results to autistic people, as usual. Sigh…

In other words “torture neuroatypical children until they put up a good appearance of being neurotypical”. Brilliant idea. /s

This is horrific. Almost certainly bad science, but utterly inhumane and ableist.

Many are pointing out that the glasses are going to have the opposite effect of their intent by distracting ADHD people.

Minimally disruptive if you don't have, ironically, adhd. Someone neurotypical definitely designed these.

Like I am not exaggerating. This seems almost purposefully designed to make kids with ADHD have a breakdown

What exactly are they thinking is going to happen here?

Like, we generally know when our brains are going off the rails and this won't help.

I assume they're only testing this on allistic people but will apply the results to autistic people, as usual. Sigh…

With both my bioethics hat and my neurodivergent hat on, may I say, with the greatest possible force: NO.

I have some more thoughts on this, and they are going to be tangential purely out of #ADHD SPITE.

Now, there was a lot wrong with those books, but one thing I noticed is that a lot of those kids–of all (okay, it was the 50s, both) genders–showed classic ADHD symptoms. 3/

In particular, one young girl presented with TEXTBOOK primarily inattentive ADHD. What did Missy Piggle-Wiggle do? She gave her a watch that caused the girl to hear EVERY alarm in town at great volume, at all hours of the day. 6/

And it sounds awfully similar to getting "nudged" (see, my tangent is coming back to the point!) by BRAIN READING FUCKING GLASSES.

“If someone made my students wear these I’d take every one of them and throw them in the dumpster,” one teacher wrote.

You know what helps me focus? Somebody standing next to my head and clicking a dog training device at random intervals.

ME: so then they invented glasses that shock your bones whenever your eyes look away from whatever you're supposed to be looking at

If students need to wear special glasses to nudge them to keep them engaged in their learning, it isn't an effective mode of learning for that student.

Jesus! Why not just jab them with a cattle prod? This is horrible.

I checked the MIT Media Lab site for info about the people on this project team, there doesn't seem to be anyone with a background in psychology or scientific ethicism

At the moment the glasses are still very new, and we don’t know if they’ll be adopted by any educational or behavioral institutions. But given institutions’ track record on helping disabled children, the concerns are very real.