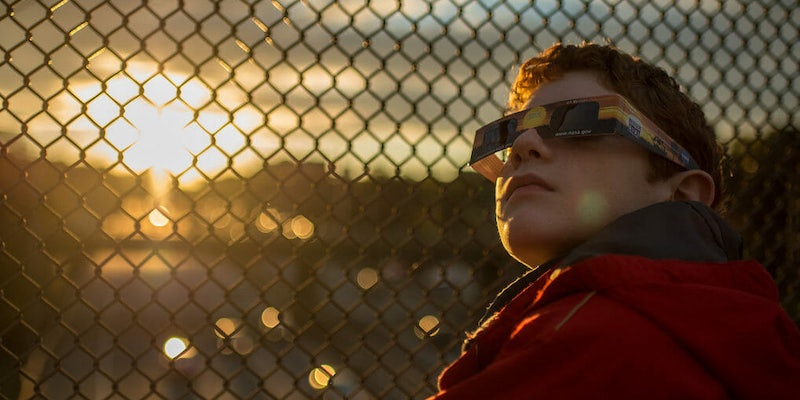 How to repurpose your solar eclipse glasses and do some good

The eclipse is over—donate those glasses to less fortunate communities.

Now that the solar eclipse is over and we’re all forced back inside to earn a living, what are we supposed to do with those goofy glasses we spent too much money on at the last minute?

Well, there are a few options. Astronomy Without Borders, an organization that works to bring astronomy resources to less fortunate communities, will repurpose them to send to underserved schools in South America and Asia for the 2019 eclipse. The organization is currently working with vendors to set up a specific protocol about returning the glasses (do not send them directly to the AWB), but for now, you can send them to telescope company Explore Scientific, which is working with the AWB program.

AWB President Mike Simmons told the Daily Dot that these kids “wouldn’t otherwise be able to get them, and this is a rare opportunity for some schools in developing countries to have a hands-on science experience.”

If you’re too lazy to get the post office and you didn’t buy them off of Craigslist, you can also ask the vendor you purchased them from if they’re recycling the glasses. Then there is just plain ol’ fashioned recycling. Toss out the lenses before putting the paper frames in the bin, though, or check with a local camera store to see if they’re interested in the solar-filtered lenses.

Or you could hold onto your pair for the 2024 solar eclipse. So there’s something to look forward to!