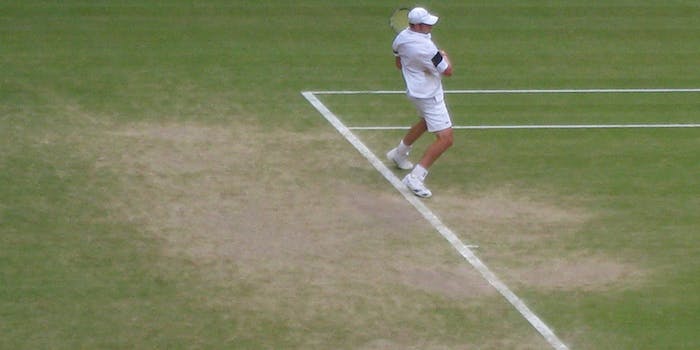 Samuel L. Jackson and Victoria Beckham could not be more awkward together

You'd need a chainsaw to cut this tension.

It’s not quite fair to expect ceaseless, sparkling conversation between Samuel L. Jackson and Victoria Beckham just because they sat next to each other for the men’s finals at Wimbledon.

It’s not as if they went together, and they don’t have that much in common.

Or they didn’t, anyway. Now perhaps they can bond over this instant-classic vine, which captures a moment as awkward as it is surreal. Celebrities—they’re bad at small talk too!

God, each excruciating detail—the scratch, the fidget, the startled glance, the thousand-yard stare—is like an eternity of watching HBO sex scenes with your parents. Remind me to never get so famous that my behavior at a sporting event is televised.

Photo by saragoldsmith/Flickr (CC BY 2.0)