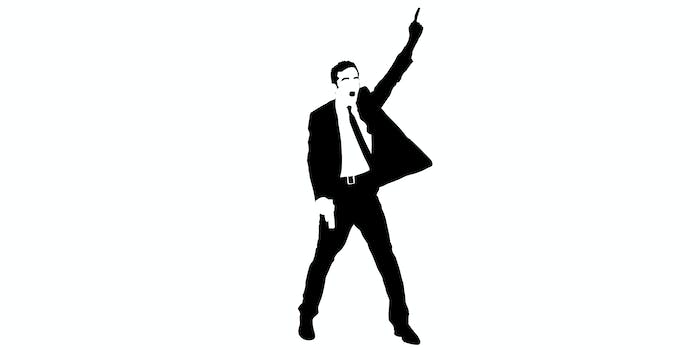 The assassin who killed a Russian ambassador is a meme now

What happens when a murder becomes a meme?

The world was shocked Monday when a police officer, Mevlut Mert Altintas, assassinated Andrey Karlov, Russian ambassador to Turkey. The human tragedy and the political implications of the killing were amplified by the visceral video and AP photographs from the scene.

You might not expect an assassination to become a popular internet meme, but it has—and it’s pushing the boundaries of decency in meme culture.

I honestly thought 2016 had shown me all she had. But then, BOOM: MurderMemes.

One of the main drivers of the assassin meme is the way the killer was positioned in the instantly iconic shot by AP photographer Burhan Ozbilici. Altintas, agitated and shouting about the tragedy in Aleppo, Syria, looked to cynical meme-makers like he was striking a disco pose.

The jokes were obvious: 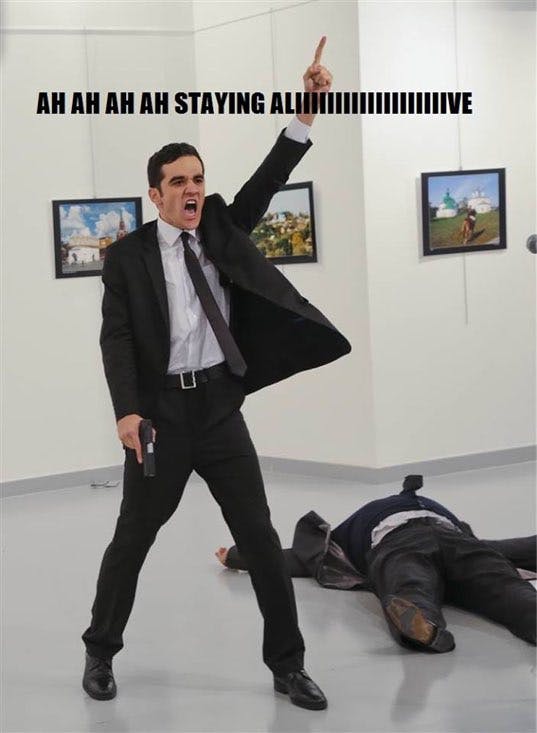 sometimes the memes are too raw, too soon pic.twitter.com/0NQpCCSZRl

And mashed up in dozens of other ways: 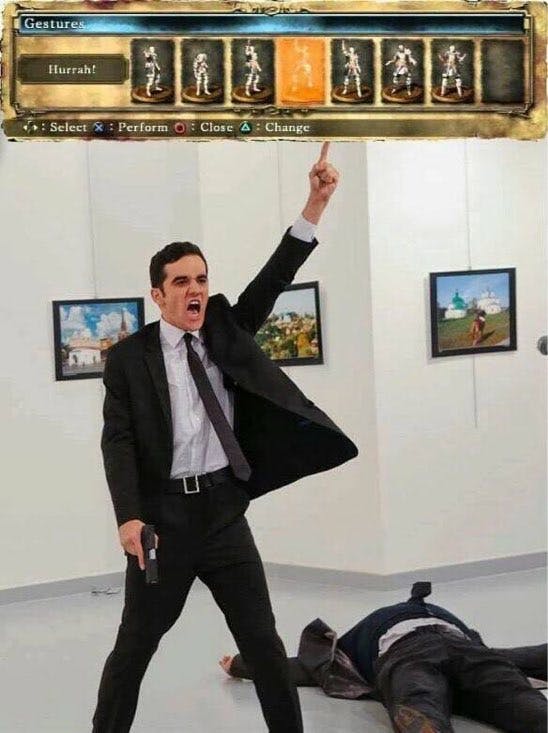 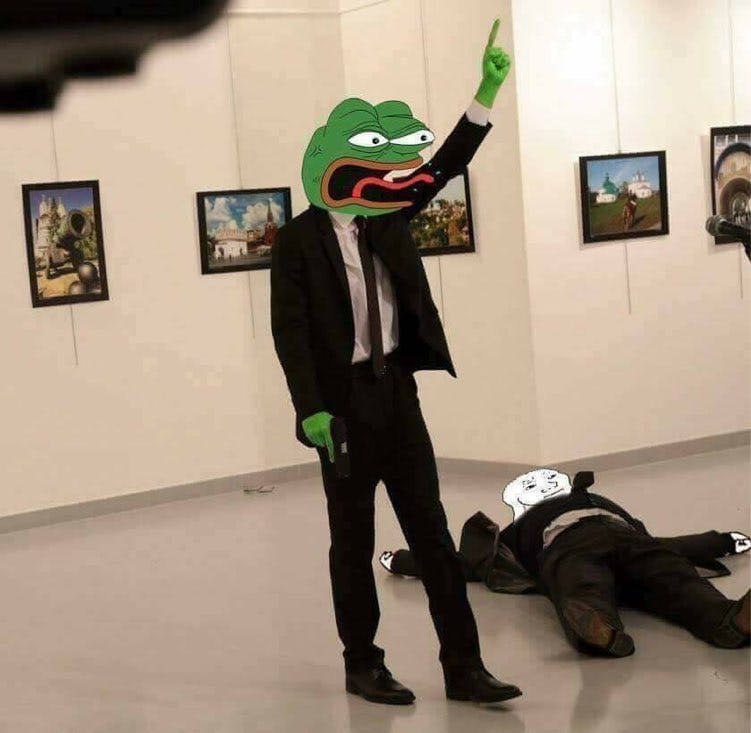 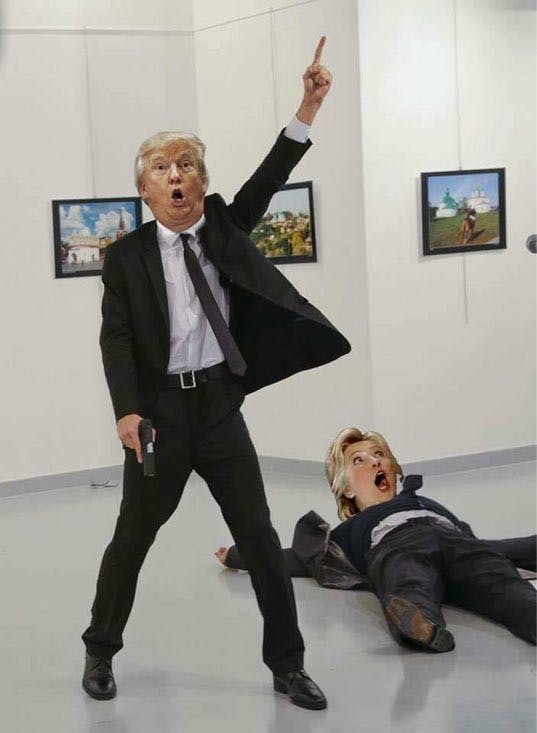 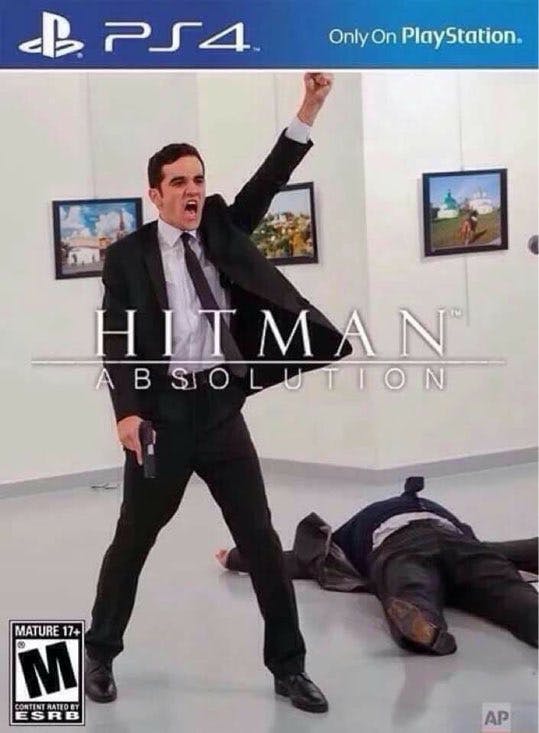 Altintas is already being celebrated on 4chan‘s chaotic /b/ board, one of the seediest corners of the internet, with a long history of pranks and scandal:

What’s the motivation for making a joke out of a serious killing, one with possible geopolitical ramifications? It’s got a lot to do with the nature of 4chan and the role memes play in our discourse.

Most would say it’s “too soon” for this shit, but meme culture is the internet’s id, expressing the darkest part of our collective sense of humor. That doesn’t make it right, but on today’s internet, nothing’s off-limits. Does that assassin look like he’s doing a pose from a video game? Post it.

Most of the images from the assassin meme aren’t articulating a coherent political point of view; the closest they get is “lol, Trump assassinated Hillary.” This is a strictly visual gag, and it exists because of the shocking nature of the scene, and because the image itself feels iconic.

Remember, shock-seeking denizens of 4chan’s /b/ have no qualms about memeing 9/11, Nazi concentration camps, Tiananmen Square, or any other serious historical iconography. Why should this be different?

At its best, it’s just a scream that something big has happened, separate from any attempt to process the event. It’s responding to confusion in the way most readily available to online culture: in-jokes and video game references.

At worst, it’s a trollish attempt to shock and appall, to show that meme culture lols in the face of death. “Look, it’s Pepe killing the Feels guy. Top kek.”

It does succeed in showing how edgy the meme-posters are, but it doesn’t really succeed as humor: It falls flat in the face of the tragedy itself.