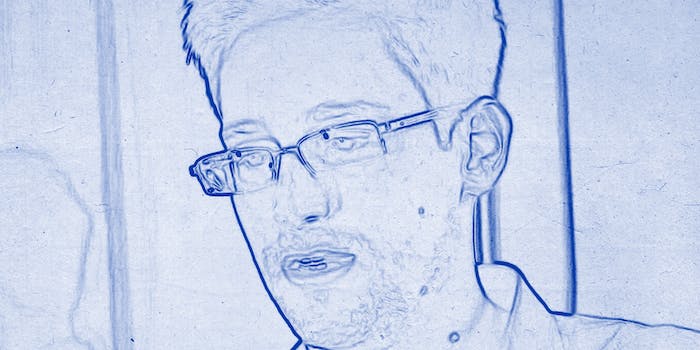 "I'm worried about somebody in our government might kill him with a cruise missile or a drone missile," Paul told Fox Business News.

Ron Paul is fearful the U.S. government will launch a drone strike attack on Edward Snowden.

Former National Security Agency contractor Snowden leaked classified information indicating the agency and FBI had direct access to the servers of nine Internet companies, including Google, Facebook, and Microsoft, as part of a monitoring program called PRISM. An NSA official confirmed the program’s existence, though the companies mentioned denied the government had direct access to information.

“I’m worried about somebody in our government might kill him with a cruise missile or a drone missile,” Paul told Fox Business News. “I mean, we live in a bad time where American citizens don’t even have rights and that they can be killed, but the gentleman is trying to tell the truth about what’s going on.”

Snowden, who was fired from technology consultant Booz Allen Monday, had fled from Hawaii to Hong Kong before passing classified documents to journalists revealing the NSA was snooping on Internet data and phone calls. He claimed to have carried out the leak in the interest of Internet freedom.

Snowden checked out of the hotel in which he was staying Monday and had hoped to gain asylum in Iceland.

Paul, whose 2012 presidential campaign Snowden donated to, does not think Snowden is a traitor or defector, and he said the real problem was with “the people who destroy our Constitution. What do we think about people who assassinate American citizens without trials and assume that’s the law of the land?”

Snowden’s actions have ignited a debate about the government’s spying capabilities. The government has reportedly shared PRISM data with the U.K. and Dutch intelligence officials, though the program may be violating European Union data-protection laws.

Lawmakers and companies are taking a stance against the program. Eight senators are hoping to declassify the secret courts which allowed PRISM’s existence. Dozens of companies and organizations—including Reddit, Mozilla, and the Electronic Frontier Foundation—are calling for a Congressional committee to examine the NSA’s surveillance operations and “reveal to the public the extent of this domestic spying.” Google sent an open letter to the attorney general and FBI head asking them to reveal how many secret court orders Google receives for user data.

Meanwhile, activists and supporters are standing behind Snowden, attending rallies and raising funds to “reward” him for his actions. Petitioners are calling for Snowden to be pardoned over the leaks.