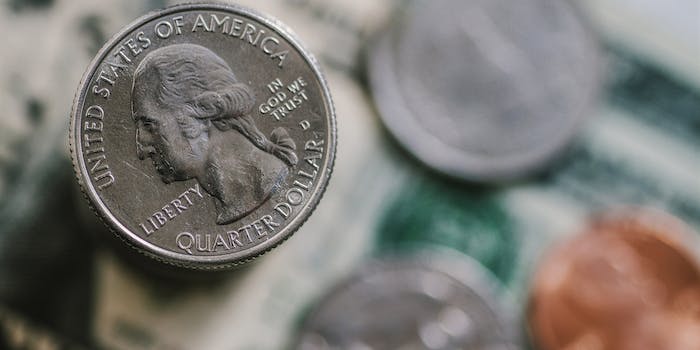 Do rich people have their own Internet?

Inside the Internet equivalent of the AmEx Black Card.

Is the Internet the great democratizer, spreading information and ideas across social classes, or is it actually yet another venue for class division in the United States? You might be surprised to learn that there’s effectively a whole different  Internet for rich people—one that you’ll never see unless you have enough money to crack open the right doors, or know the right people. That existing division is only growing, making the Internet complicit in the growing rifts in American society.

Rather than being society’s great hope for increased equality, the Internet may actually be contributing to the problem.

Fundamentally, wealthier individuals see a different Internet than everyone else does, thanks to the ubiquitous technologies that curate what we see, when, and were. While wealthy individuals are already self-selecting for the content they want (which seems to weigh heavily in the direction of food and sex), the librarians of the Internet are also determining the nature of the content they see, and rest assured, it’s not the same material the “99 percent” sees.

Thanks to cookies and targeted algorithms, everyone online encounters search results, social feeds, and other displays catered to what the tech industry thinks they want to see. Thus, a wealthy woman who shows horses will encounter equestrian-related material as she travels the Web, including ads on her email, promoted material on her social feeds, and search results customized to her interests.

It’s not just about what you do (or don’t) see. Tech companies also adjust pricing and product promotions on the basis of past buying history and known traits—someone who spends a lot of money on books or travel, will notice different prices on products than a friend who does not. Pricing can also vary by location and time of day. Browse the Internet from SOMA looking for last-minute tickets to New York and you’ll see different pricing options than someone in Richmond (the poorest city in the Bay Area).

It’s not as simple as “rich Internet, poor Internet,” but the curatorial systems used to target advertising, deliver more relevant search results, and make the Internet more engaging to its users are nonetheless creating social and class divides.

That’s before you get to the Internet’s private clubs. Yes, the Internet has its own version of Bohemian Grove; exclusive members-only clubs that often require both an invitation and a fee, designed to keep the riff-raff out. Netropolitan, for example, has a $9,000 fee for joining (that includes your $6,000 initiation fee and your $3,000 annual fee for the first year). The site promises to provide a place of refuge for the wealthy to connect with friends, extend their networks, and feel comfortable discussing their glitzy lives.

The Internet’s “most exclusive” club, as it bills itself, promises no advertising, along with cloud storage and other benefits. Founder James Touchi-Peters, who remains cagey on the number of members and estimates for the site’s eventual growth, says that:

We view Netropolitan.club in the same light as any country club out there. They have initiation fees and yearly dues for members. Netropolitan is an online country club, focused on connecting members around the world. We believe there is a need for a community like this, and we are filling the need.

I’m honestly still not convinced it’s not a prank. One wonders if prospective members will be blackballed for not being WASPy enough—and curiously, despite the potentially sensitive nature of the site and its members, the security features are remarkably crude.

One thing the site doesn’t offer is online concierge services, though its service and support staff are available for internal assistance. That’s all right, though; there are plenty of services that already cater to wealthy consumers interested in online personal assistants and concierge support. Someone’s available for everything, including mending clothes, basic construction projects, pregnancy support, and more.

Altogether, Jones estimates that she pays anywhere between $2,500 and $5,000 a month contracting out aspects of her life that she’d otherwise neglect. Paying to have other people deal with unpleasant tasks helps to mitigate the ‘always-on mentality’ that her job requires, and that constant e-mailing only exacerbates.

Much as in the offline world, the rich are able to move in an Internet that is radically unfamiliar than that used by almost everyone else. It’s quiet and calm, with fewer ads, intrusive website designs, and other clutter. Anything the consumer does not want to deal with—making reservations online, buying products—can be handed off to a personal assistant who’s intimately familiar with the client’s preferences and needs. This creates a rarefied landscape and one of great isolation.

These services are designed to offer services, but they also dispel insecurity about being rich, which is another consideration. With the economic climate hitting many hard, it’s notable that some wealthy individuals are becoming uncomfortable about flaunting their wealth or using class signaling. Creating a discreet “shadow web” for wealthy individuals allows them to access the services and networks they want without having to feel uncomfortable around low-income Internet users.

This isn’t just an expression of social discomfort and a desire to not be around poor people, though. It also speaks to some potentially serious issues when it comes to socioeconomic gaps in the United States. Employers, for example, are increasingly moving online for recruitment activities, and they’re not only focusing on bringing job applications online—they’re relying on social networks and other unconventional tools rather than traditional open applications. Wealthier individuals with rich networks and easy access are primed for better access to the job market.

Likewise, the debate over net neutrality is also fundamentally about whether the rich and poor should have two separate Internets. It’s not just about website pay-to-play and deals with major Internet service providers. It’s also about broadband access across America, as well as preferential advertising and display services.

“This ‘commercial’ Internet,” explain Jay Cassano and Michael Brooks at In These Times, “which everyone would have access to, would be comprised solely of the companies that can afford to pay for all those users’ data. And based on the current practices of many Web giants, the majority of those mega-corporations would likely be online retailers or sites that track (and monetize) users’ every interaction. The world of independent blogs, alternative media, job boards, and online courses would become an Internet luxury.”

They’re discussing proposals for so-called “sponsored” service, where firms like Facebook could cover data charges for mobile customers browsing their networks. This feeds directly into the Internet divide between wealthy and poor—sites catering to wealthy users will be able to keep attracting those users by helping them avoid data overages, while those designed for low-income users wouldn’t be able to shoulder those costs.

Advertisers and other firms don’t have a significant incentive to step it up in terms of equalizing Internet access, because their money lies primarily in wealthy consumers. Cassano and Brooks continue:

The study defines ‘affluent Americans’ as people with at least $100,000 annual incomes. They comprise 21 percent of U.S. households, have 70 percent of all consumer wealth, and spend 3.2 times more than other Americans on purchases…IAB found that 98 percent of affluent consumers use the Internet, compared with 79 percent of the general population.

With no incentive to create an Internet for everyone, a class divide seems nearly inevitable. It’s perhaps not surprising, then, that the wealthy browse a radically different Internet than we do, the result of self-selection, artificial curation, and a desire, perhaps, to avoid being forced to rub shoulders with the hoi polloi.