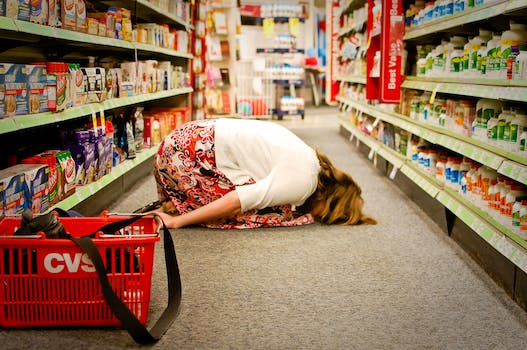 7 ways retail jobs exploit and steal from their employees

This is why we need to #FightFor15.

Loverboy may have told us that we’re “working for the weekend,” but that’s not the case with retail employees, who are on the clock seven days a week at all hours to accommodate demanding shoppers. This week, New York’s attorney general is looking into “on call” scheduling practices; meanwhile, across the nation in Alameda County, Calif., Walmart is facing wage theft charges. It’s not a fun time to be one of the roughly 4.6 million retail workers in the United States.

Fortunately, the Internet is starting to change that, as many smart awareness campaigns like the Retail Action Project and Fight for $15 have taken to the Web to lobby for support. Such organizations are taking advantage of the Internet’s capacity for pushing for social change to put pressure on retailers and generate awareness of the problems that plague the American workforce.

In 2012, the Bureau of Labor Statistics reported average wages of $10.29 per hour for retail workers. This above federal minimum wage but still below the minimum wages in some areas, like Seattle and San Francisco, both of which have approved $15 minimum wages; San Francisco is gradually escalating until it reaches $15 in 2018. However, this falls far below the so-called “living wage,” the amount of money workers need to survive comfortably in a given region.

Fast food workers have been heavily involved in the Fight For $15 campaign, but retail workers need living wages, too. Without fair pay, people are driven to work multiple jobs to support themselves. That means more stress and less time at home, especially when combined with issues like abusive scheduling practices and limited employee benefits. In particular, action campaigns related to pay have utilized Twitter to particular effect for organizing via hashtags to create mass in-person rallies across the U.S.

The abuse of part-time employment and scheduling practices is a perennial problem in the retail industry. Hiring multiple part-time employees tends to be less costly than hiring full-timers, especially if a company offers benefits; keeping hours just below the part-time limit ensures that an employee isn’t entitled to health care subsidies, sick days, and other benefits options. In regions where municipalities haven’t moved to aggressively promote employee benefits—San Francisco’s mandatory health care for employees is an example—retail employees are often forced to spread themselves thin across several workplaces to make ends meet.

Employment in multiple locations adds considerable stress, and cuts into time at home and interpersonal relationships. A worker running between two or more jobs is less able to focus on tasks outside the workplace—including organizing for better working conditions. It’s hard to lobby for workers’ rights if you don’t have the time because you’re juggling three jobs.

Many major corporations are involved in union suppression and anti-organizing practices, such as misleading employees about what can happen under unionization and intimidating organizers. Walmart is one major offender, and the company is in the news not just because of the Alameda County suit, but because during the years Hillary Clinton sat on Walmart’s board, she said little on the subject of its anti-union activities. Instead, she watched the company suppress labor organizing. That could become a contentious issue in the election, as Democrats have historically relied on union support.

This is a particular acute problem in “right to work” states, which claim that unions pressure employees to join and pay dues if they want to remain employed. The issue has become particularly high profile in Wisconsin, where Republican contender Scott Walker has overseen a number of regressive employment reforms in recent years. Contrary to the name, “right to work” isn’t about the right to employment at all, but it does weaken labor unions, as Jim Zarroli reports at NPR. Such laws, Business Insider’s Rick Ungar notes , perpetuate the myth of the closed shop—a workplace where new hires “must become a member of the union within a stated period of time or lose their job.”

In Walmart’s case, the firm is avoiding paying part-time workers by shifting additional work onto assistant managers, thus depriving part-timers of pay. Because these workers are paid on a salaried and not hourly basis, they accrue overtime without receiving overtime wages, representing a significant savings to the corporation. This is just one among many tactics used to squeeze unpaid hours out of workers, and as Steven Greenhouse reports at the New York Times, workers are fighting back. Critically, he noted, regulatory agencies “assert that more companies are violating wage laws than ever before, pointing to the record number of enforcement actions they have pursued.”

For example, many firms expect staff to arrive early and leave late to prepare for and hand off shifts, but they’re only paid for their scheduled hours. Meanwhile, Amazon workers lost a case last year in which they filed wage theft claims over being required to undergo security screenings but not being paid for their time spent in screening, despite the fact that they’re at work and conducting work-related tasks. Apple stands accused of similar practices.

In addition to putting workers in an awkward position with part-time scheduling, companies also create an even more troubling dynamic in the workplace by making schedules highly unstable. They’re often issued week by week without notice, and employees may find that they don’t work a steady, predictable schedule from week to week—which makes planning ahead very difficult. Sometimes changes are made even after a schedule is issued, and employees are required to accommodate them or take unpaid days off if they need to attend doctor’s appointments or meet other obligations.

Companies that want flexible staffing also keep employees “on call,” so they can brought in at a moment’s notice. Employers tell their staff whether they’re needed just hours before a scheduled shift, providing no advance planning for people who need to balance other scheduling needs. “While on-call scheduling allows retailers to be more flexible with hours and save on payroll expenses by only having workers report for work if the store is busy,” Ashlee Kieler writes at the Consumerist, “the system can make it difficult for employees to predict when they’ll work and their pay.”

Cases of racism, sexual harassment, transphobia, religious discrimination, and more regularly crop up in the news. In 2013, Target was called out for a racist training document that made disparaging comments about “Mexicans” and “Cubans.” Samantha Elauf made headlines for being one of many employees or applicants to Abercrombie & Fitch who was rejected on the basis of not fitting in with the company’s “look”—in her case, because she was a hijabi and she refused to remove her scarf for work.

Leyth Jamal, meanwhile, is suing Saks Fifth Avenue for firing her on the basis of her gender identity, while sexual harassment from both customers and supervisors is a problem for retail employees, too, especially women.

7) Little to no benefits

Many retail firms don’t offer benefits at all, even to full-time employees, unless they are required to do so. Employees may not be eligible for health care, paid sick days, vacation time, and other benefits; consequently, many feel under pressure to work every day because they can’t afford to take time off and they don’t want to be fired for needing to be out of the workplace.

Survey research also indicates that 34 percent of retail workers need public assistance. These issues extend to family members; poor access to health care, for example, means that the children of retail employees may have more limited options, too. While the Affordable Care Act was designed to address this very problem, affording coverage is difficult for people making limited wages, presenting a significant problem for retail workers.

Public policy organization Demos notes that “precarious positions [hold] back not just women but their families and our nation as a whole.” Better benefits means better public health, decreased poverty for retail workers, and more secure futures for children. Mandating benefits could contribute to social mobility and address some of the nation’s low-paid, disadvantaged workers.

The Harvard Business Review also observes that “good jobs”—those with benefits, for example—actually help employers, too. “The inevitable consequences,” writes Zeynep Ton of underpaid labor, “are understaffed stores with high turnover of low-skilled employees who are often part-timers and have little or no commitment to their work.”

All evidence suggests that treating employees well makes for a more productive, healthy, and happy workplace—which is good for workers, good for employers, and good for the nation. Now it’s time for retailers to shoulder the burden of handling their staffers responsibly.