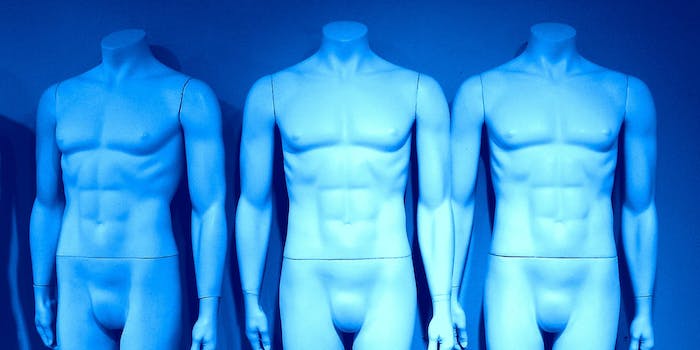 Ironically, days after a number of America’s leading lesbian, gay, bisexual and transgender (LGBT) advocacy organizations issued a joint statement in support of Amnesty International’s resolution to decriminalize sex work on a global level, federal agents from the Department of Homeland Security raided the Manhattan offices of Rentboy.com.

The raid of Rentboy, one of the most popular and accessible gay male escorting websites in the industry that has pulled in $10 million in sales since 2010, resulted in the arrest of the company’s CEO—along with six other employees—and the shutdown of the site. If convicted, the maximum penalty for these individuals could be up to five years in prison, as well as a fine of $250,000.

This sudden and swift shutdown has left many people—both queer and straight—not only without a job they rely on for income, but also questioning their own legal safety and livelihood as individuals operating in the face of power structures out of their control. Once again, larger questions have been raised about the way that our society treats the idea of sex work—and sex workers themselves—both within and outside of the queer community.

The reality is that a massive number of queer people depend, or at some point have depended, on underground economies like sex work throughout history.

And as some are quick to point out, the decriminalization of sex work is also synonymous with the thinking of many in the feminist movement, as is the liberation of all people oppressed and stigmatized by systems of power and privilege. However, some critics claim that mainstream feminism does not currently emphasize decriminlizing sex work as a priority for the movement.

If convicted, the maximum penalty for these individuals could be up to five years in prison, as well as a fine of $250,000.

The conversation surrounding sex work affects all human beings, even if we aren’t sex workers ourselves or hire sex workers. This issue is primarily, at its core, about our bodies and the agency we should have over them and our actions.

Even still, on social media many queer people and non-queer people alike have voiced support for the raid and the shutdown of Rentboy.com. So why has the reaction to the Rentboy takedown been so volatile—especially among the LGBT community who, with a history of fighting many different forms of sex policing, should be the ones organizing around fighting for decriminalization?

“Before today I honestly believed that because sex work is such an established and storied part of gay culture, my gay friends really understood and respected it,” said Russ, a full-time escort of three years. “I’ve been disappointed by the levity with which people have responded to the fact that in a flash I have lost my only source of income. The schadenfreude isn’t even disguised. It’s revolting.”

We live in an age where queer people are being encouraged to not only assimilate into patriarchal institutions like marriage but allow our sex lives to be policed through rhetorics of morality and decency. But beyond just puritanical moralism that seems to have fed the disturbing reaction a lot of LGBT people have had to the Rentboy raid, what we need to be most concerned about is how far divorced issues like the decriminalization of sex work seem to be from mainstream feminism and LGBT rights.

“Sex work will never disappear,” Bleviss said. “What we need to focus is on is harm reduction, to lift workers up out of poverty, refocus energy on combatting violence and oppression against the most marginalized among us—especially trans women of color—creating more education opportunities, affordable housing and childcare. These are the ways in which we are going to see the lives of sex workers improved, not by criminalizing any aspect of their labor.”

The conversation surrounding sex work affects all human beings, even if we aren’t sex workers ourselves or hire sex workers.

We need to take this opportunity to not only have conversations about the decriminalization of sex work—and how that would function and what it would look like—but we also need to be aligning these conversations alongside the other larger, cultural conversations that are currently taking place: about policing, incarceration, and the murders of trans women of color and other vulnerable members of our society. These are basic human rights that everyone should be concerned with.

Now is not the time to approach the implication of events like the Rentboy raid using a myopic, single-issue focus. Instead, we need to acknowledge the way that all of the conversations currently being had across this country, from the #BlackLivesMatter movement to the #SayHerName movement to how sex work is understood, are intimately and inextricably intertwined.

Sex workers are not understood only by their occupation but also by their gender, their sexuality, and their race—among other identities. Conceptualizing how the oppression of one identity and community can affect a multiplicity of identities and communities can allow us to align ourselves against the oppressive institutions and systems of power that are ultimately shaping the way our world functions and simultaneously killing the most vulnerable members of our communities.

Events like the Rentboy raid don’t just affect sex workers—they impact all people affected by policing, incarceration, surveillance, and institutionalized racism, sexism, homophobia, xenophobia and transphobia. And just as some queer people fought for decades to achieve rights related to issues such as marriage, which up until very recently was also illegal in many parts of this country, we should also be fighting to end the criminalization of sex work. We should be challenging all laws that threaten our liberties as queer people—but also as human beings.

Aligning these conversations with one another is crucial to a nuanced understanding about how and what liberation for those of us marginalized by oppressive power structures could look like—and eventually working toward collectively building a world that we all actually want to live in.