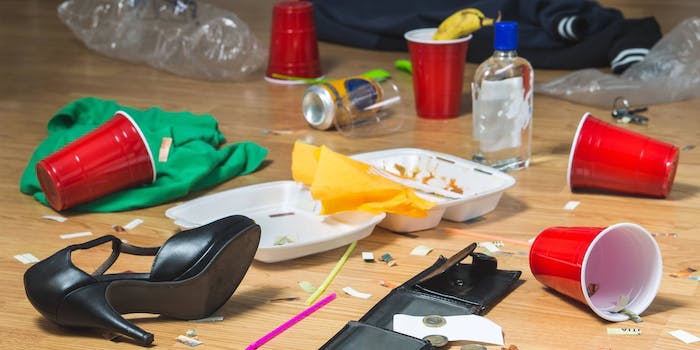 Steal a birthday cake baked for someone else? Yeah, you probably won't get invited back.

No matter how much you love the people who’ve come to stay at your home, there’s always a part of you glad to see them go. Even the most considerate guests start to grate after a while simply because you’re not used to living together and they disrupt the routine of your home. But what about terrible guests? The one’s you instantly regret opening the door to? Reddit came together to share their own horror stories of annoying guests and it’s enough to make anyone grateful for the harmless quirks of their own family and friends.

One redditor going by aj4ever had a best friend who just wouldn’t leave, even when her ever-patient host started to hint pretty heavily by asking about her going home plans. Apparently she just “didn’t plan her life that way”. Well, that’s nice, Karen, but everyone else has jobs and plans so when are you going to go home?

User DidSomeoneSayBlood was able to one-up that story, however, with a tale about the time his family turned up uninvited and brought their own guest with them. The whole lot stayed there for almost a week.

And another still remembers her college roommate’s boyfriend getting angry at her for waking him up, by entering her own dorm room at 3 in the afternoon. You don’t live there, bro. You never did.

KingBrandt had a fairly basic but still utterly infuriating experience with a guest who not only left his garbage everywhere but then complained about all the trash laying around.

Guests behaving like total trash pandas was a common complaint but at least most of them didn’t then blame their hosts for the mess they created.

Then we have the absolute Karens who decided to clean up other people’s things uninvited, including throwing out treasured knick-knacks because, in Karen’s head, those things were obviously trash they’d forgotten to get rid of.

FreddiGregg’s uncle managed to go two for two by not just rearranging their kitchen but hiding their fire extinguisher, leading to a destroyed stove, burned hands, and the redditor nearly losing their house.

Another kitchen fire featured in Actually_Im_a_Broom’s story, only this time a guest’s child was responsible—turning a stove on under a pizza box. That’s about when you ban someone from your house, child or no.

Seriously people, supervise your kids when you’re at someone else’s house.

And the great toilet paper debate (which direction do you hang it) played out in real-time when curaheee5656’s guest decided to correct their placement.

The winner for the absolute worst guest has to be the forum friend cheweduptoothpick allowed to stay with them when she came to Australia from the U.S. Failing to shower for the entire weeks-long duration of her stay, replacing all the alcohol with tea and water and finally stealing a freshly baked birthday cake on her way out is some next-level bad guesting.

Do you have your own terrible guest story? The post is still going on, so head over there and share it.