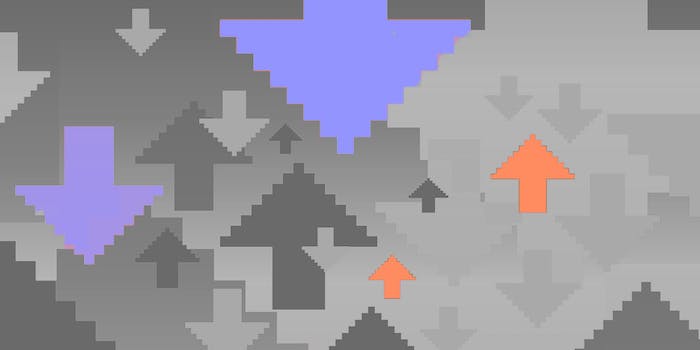 It's not a good time to be a Reddit troll.

Reddit will launch a new anti-troll measure as part of its ongoing efforts to improve its user experience.

The change affects negative comment karma, points accumulated each time a redditor downvotes another user’s content, which will now be capped at -100 on a person’s profile page.

“This change is intended to address both the increasing amount of ‘downvote trolls’ and also hopefully help lessen the amount of crazed-mob-downvoting that happens in a situation like someone ending up on the wrong end of a really important argument about jackdaws or something,” Reddit staffer Chad Birch (Deimorz on Reddit) stated.

A “downvote troll” in this context is someone who purposefully pushes the buttons of other redditors to collect as much negative karma as possible. When those numbers are particularly large, they stand as something as a badge of honor for your average troll.

The “jackdaws” Birch mentions refers to a recent argument that amounted to minor controversy on the site. A redditor named ecka6 got into a heated debate with a popular redditor called Unidan, an ecologist known for his entertaining and highly educational comments. The spat was about which animal family crows belong in.

Thanks to Unidan’s large fan following on the site, the spat resulted in ecka6’s account getting bombarded by thousands of downvotes. A day after their argument, Unidan was banned from Reddit for using five alternate accounts to downvote anyone disagreeing with him, among other things.By reducing the total amount of negative karma, this kind of mass-downvoting will now have a much more limited effect.

The new measure will also cut into novelty troll acconts, such as FabulousFerd, who thrive on collecting as much negative karma they can by leaving lousy, rude, or intentionally contrarian comments. As of Thursday, FabulousFerd had -46,583 comments. When the new change is implemented, that number will top out at -100. Other than that, nothing else regarding comment karma will be altered.

“There is no change at all to how much comments can be downvoted, no change to the scores of individual comments, and the full amount of negative karma will still be tracked internally, just not displayed,” Birch added.

In June, Reddit removed the ability to see exactly how many upvotes and downvotes a post had received. The site had originally “fuzzed” total upvote and downvote counts to discourage spammers. But this made the totals displayed completely inaccurate. That metric was replaced with a “% like it” metric. This change was panned by redditors claiming it made Reddit-powered contests useless and dumbed down the user experience.

The change in comment karma has been well received, however.

“Individual troll accounts can still gain notoriety by being prolific (‘Hey, I see your name everywhere!’),” one redditor noted. “But unlike with most karmawhores, a notorious downvote troll is a lot more likely to get banned from most of the bigger subs, so they’d end up having to retire quicker.”

And unfortunately for trolls on Reddit, the site doesn’t exactly offer a retirement plan.