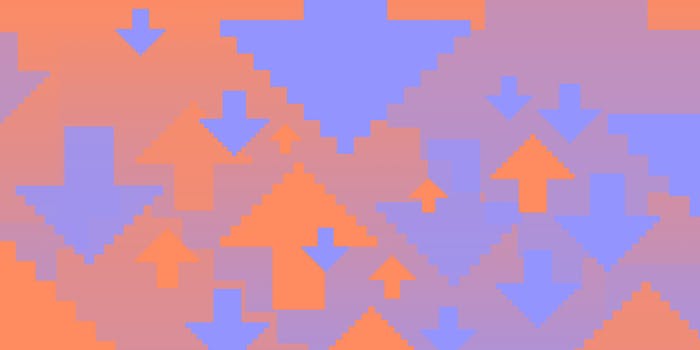 One of Reddit’s cornerstones is the ability for users to see exactly how many votes, both up and down, a post has received.

As Reddit grew exponentially over the year, administrators manipulated the visible totals—a practice that was known as ‘vote fuzzing’—as an anti-spam measure. This practice was most visibe with posts that reach Reddit’s front page, which received 113 million unique visitors last month.

On Wednesday, Reddit administrators removed this metric from the site completely and replaced it with a “% like it” metric.

“The ‘false negativity’ effect from fake downvotes is especially exaggerated on very popular posts,” said Reddit staffer Chad Birch (Deimorz). “It’s been observed by quite a few people that every post near the top of the frontpage or /r/all seems to drift towards showing ’55 percent like it’ due to the vote-fuzzing, which gives the false impression of Reddit being an extremely negative site.”

The new feature has also done away with upvote/downvote counts on comments, which were revealed by Reddit Enhancement Suite (RES), a popular third-party plugin that gave users advanced tools.

As has been the norm with any changes made to beloved websites (especially the case with Twitter, Facebook, and Tumblr), the changes to Reddit have not been well received.

Birch’s announcement Wednesday has been overwhelmed with negative comments calling for administrators to roll back the update. Here’s a breakdown of most of the arguments for why:

Contests that use exact votes to determine winners are now worthless

“To anyone wondering, I count votes for the monthly contest over at /r/vexillology [a subreddit dedicated to the study and creation of flags] and possibly soon a few other subs, we only count upvotes so we either have to now change the rules or find a way around this, making my job a pain in the ass.” — apocolyptictodd

“You guys are f**king a lot of smaller subreddits straight in their asses. A lot of them have competitions based on the number of votes a post receives, and in small subs a post with 1 upvote and a post with 20 upvotes both being shown as 100% is RIDICULOUS. How are we supposed to know what content is controversial, or gaining a lot of attention if they both show 100 percent.” — funkerton

“In small subs where vote totals rarely break 50, the upvote/downvote count is a lot more accurate and a lot more important for getting an idea as to how people feel. I understand hiding this for posts, but for comments it’s an awful decision.” — adremeaux

“This kills smaller subreddits. The comment scores are really important to seeing how well an opinion is received in smaller subs. This blows.” — JSA17

This change will only encourage more vote manipulation and spamming

“I mod a moderately large sub (~100,000 subscribers and about the 250th biggest sub on Reddit), and I use the specific votes all of the time for moderation. We’re highly susceptible to spam because of our topic, and vote counts are great in the new queue and for spam comments. It’s incredibly frustrating that this is being removed without any attempt whatsoever to replace the functionality in the comments. I’ve already felt that moderators aren’t given enough tools, so taking one away is very much not cool.” — hedgefundaspirations

“I’m sorry, but that is just incredibly poor execution. Clearly internally it has been known this change was coming, there is absolutely no reason a week ago we couldn’t have gotten a blog post letting us know this was coming so we could prepare to update any applications necessary.” — nj47

“You should totally change the upvote arrow with a thumbs up you guys. Will totally revolutionize the nets.” — dreamtrain

“This is the only part of ‘new’ Reddit that really bugs me. It’s turned so much into a marketing tool. It used to be that people were called out for a shameless self promotion. Now it’s a surprise when someone is doing an AMA just for the interaction of it and not plugging something. They don’t even put in a few hours, or come back to answer some top questions. They barely break an hour, and they’re out.” — prostar15

“the longer you are on reddit, the more you get pulled into smaller subs. even though this new system may simplify things for new users (who don’t even know of vote fuzzing and RES yet), it makes reddit less attractive for older users; it is the first step to turn reddit into a noob fest.” – bad_gateway

Birch tried to address many of these concerns in the original thread, but every single one of his responses has been heavily downvoted and hidden as a result. The simple answer he provided was “there’s really not a simple solution.”

“The difficult problem here is that we can’t really show accurate up/down numbers because it would make it trivial to figure out a lot of our anti-cheating mechanisms, but if we show fake numbers (as we were doing before today), it makes people come to the wrong conclusions all the time,” he said.

Correction: Vexillology is the study of flags, not maps. Story has been altered to address this error.