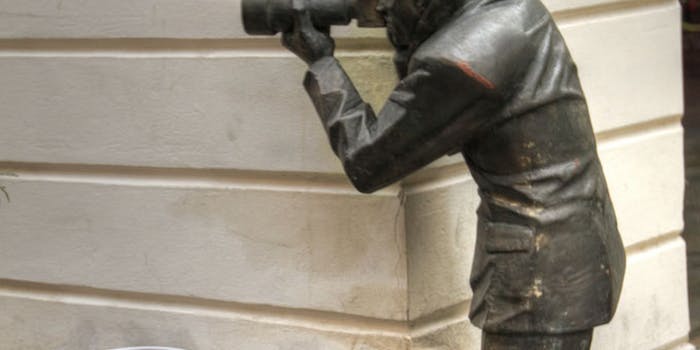 Anonymous blackmailers threatened to reveal a moderator's personal information unless the creepy photo subreddit was taken down.

The Reddit group r/creepshots, which featured suggestive photos of women taken in public, has gone private after a moderator was threatened with having his real identity leaked.

The moderator CreeperComforts was given two options by a group of anonymous users: Take down the site that has gotten at least one substitute teacher fired and thousands of users incited or be “doxed”—see his personal information publicly released.

r/creepshots grabbed national headlines about three weeks ago when a substitute teacher for East Coweta High in Sharpsburg, Ga., was fired after at least one underage student complained that inappropriate photos of her had been posted on the site.

The story captured the attention of news outlets like The Huffington Post and The Daily Mail. Almost overnight, r/creepshots grew from 9,000 subscribers to more than 12,000. r/creepshots moderator POTATO_IN_MY_ANUS claimed that the group has collected more than 1.5 million pageviews.

CreeperComforts is also a moderator for r/ProjectPanda, a group intended to discuss r/creepshots, the legality of taking photos of women in public, and techniques on how to take the best pictures. His last public comment on Reddit was made 12 days ago.