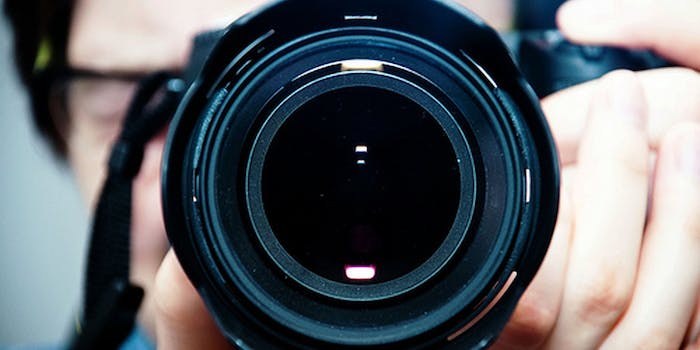 Reddit's most-used image sharing service says it will no longer host photos from r/creepshots, a subreddit dedicated to secretly photographing women in public.

Reddit’s r/creepshots, a subreddit where users post surreptitious photos of women to gawk at, is about to be removed from Imgur, the most popular image hosting service on Reddit.

A spokesperson from Imgur told the Daily Dot that the image-hosting network has shut down all hosting for photos uploaded to r/creepshots.

“At this point the r/creepshots subsection has been removed, but we are still waiting for the cache to update and show the changes,” she said. “We expect it should be completely down in the next few hours.”

The move comes as r/creepshots was experiencing a sudden burst of popularity—for all the wrong reasons. On Thursday, the five-month-old community rose to global prominence after a community moderator, who was also a substitute teacher, was fired for taking upskirt photos of some of his underage students.

In the wake of articles from The Huffington Post, The Daily Mail, and more, hundreds of thousands of people came to check out the subreddit. Creepshots moderator POTATO_IN_MY_ANUS couldn’t be happier. He wrote about the subreddit’s climbing stats in a self post:

“Just last week we were averaging somewhere around 40,000 pageviews each day. Yesterday we hit a total of 1,580,692 pageviews … Considering we aren’t a default subreddit, and are still relatively new and small (but very rapidly growing) this is quite impressive.”

Those numbers are still climbing. On Thursday, the subreddit had 9,000 subscribers. On Friday, that grew to nearly 12,000. On a site where pseudonymity reigns, bad press intended to discourage the r/creepshots creeps has apparently had the opposite effect.

But the controversial subreddit is, predictably, not without its detractors. In a discussion on r/TwoXChromosomes, Reddit’s “female ghetto,” women are sharing their sometimes traumatic experiences of being photographed in public.

“I had a picture taken of me in a grocery store once,” heyyheatherr wrote. “The worst part of it was I heard the camera noise go off twice and the guy still pretended to be innocent. It’s a gross feeling. the worst part was when it happened I was under aged. I was only 17.”

It appears that Imgur has sided with the dissenters. While redditors can debate the legality of posting creepshots all day long, liability ultimately rests with the site hosting the images. In the case of r/creepshots, that’s nearly always Imgur.

Imgur set a precedent in February when it agreed to take down sexual photos of minors posted to r/jailbait, a policy it appears to have continued with its decision to remove the creepshots.

However, It’s still unclear whether Reddit will follow Imgur’s lead, or whether it will allow the r/creepshots community to continue operating with a new image host.

Correction: A previous version of this story claimed that Imgur’s decision would stop r/creepshots from operating. In fact, the decision only affects how Imgur handles r/creepshots images, not whether the subreddit will continue on Reddit.