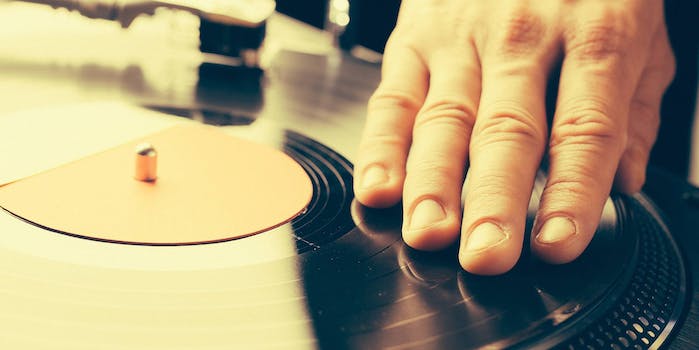 You're probably wondering how this meme came to be.

Yep, that’s me. You’re probably wondering how I ended up writing about a TV trope. It’s all because the internet has fallen in love with this en medias res interruption and turned it into a meme.

The hard stop of a record followed by the weirdest screenshot you can imagine has a fairly young history online, though it comes from decades of media.

Know your meme traces *record scratch* *freeze frame* back to a 2015 4chan post. A user on /tv/ was rightfully mocking the introductory sequence used throughout movies and television. Its use is so played out that there are two TV trope pages dedicated to its key aspects along with dozens of examples, from the literal record scratch in Thoroughly Modern Millie to Deadpool‘s lampooning of it.

Once the meme hit in the internet, it made its way to forums, weird Facebook, and, of course, Twitter, where it’s made perhaps its most impact and attracted the eyes of many a dank memesters and normies alike.

*record scratch* *freeze frame* hit the big time after Usain Bolt’s smiling face took it to the next level. The photo of the world’s fastest man just might be the most meme’d Olympics image of all time. It’s certainly quite the freeze frame, powerful enough to begat countless more memes in this style.

Yup, that's me. You're probably wondering how I ended up in this situation. pic.twitter.com/TXU6T6iM3B

The meme industrial complex can’t just leave a dank macro untouched, though. *record scratch* *freeze frame* has already gone through the self-referential meme-grinder, pairing itself with the likes of Sonic the Hedgehog, the Pawn Stars intro, and mfw/tfw.

Yep, that's me. You're probably wondering how I got into this @SonicSituations pic.twitter.com/vCITVbUWeD

Long after those 33 1/3s and 45s meet their maker and all music is consumed via intangible forces, the *record scratch* *freeze frame* meme will still be hilarious and totally relatable. It’s the reaction shot for a media-binging world, as brilliant as it is trite.