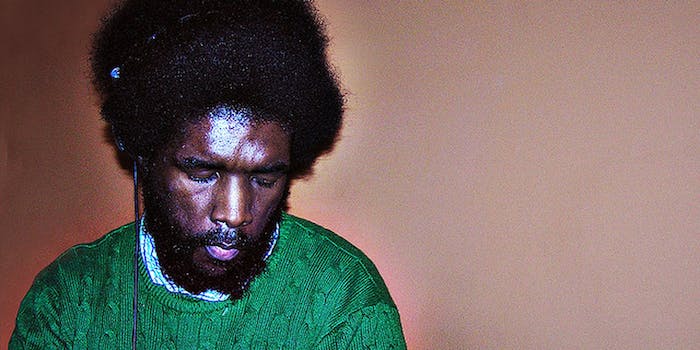 Not really sure what circumstance would have allowed Questlove to steal a pizza from his neighbor—like, did the delivery guy just leave it on this person’s welcome mat?—but at any rate, pizza was apparently stolen. By Questlove.

Although his justification for this petty larceny was sound (i.e., he wanted pizza), Questlove understandably felt remorse for such unforgivable behavior. Hoping to balance the precarious scales of pizza karma, he offered a heartfelt apology, money, and tickets to The Tonight Show Starring Jimmy Fallon, on which he plays with house band The Roots.

Hey, at least two of those things make nice gifts.

…..that time I stole my neighbor's pizza but was honest about it….really. gnite. #sorrynotsorry… https://t.co/QUt4qEEu9e

…..that time I stole my neighbor's pizza but was honest about it….really. gnite. #sorrynotsorry #nomnomnom

What will happen when this wronged neighbor follows up on the instruction to “Google: Questlove”? They’ll find this article about how Questlove stole their pizza. Circle of life, man—by which I mean pizza.

Photo via daniel sandoval/Flickr (CC BY 2.0)