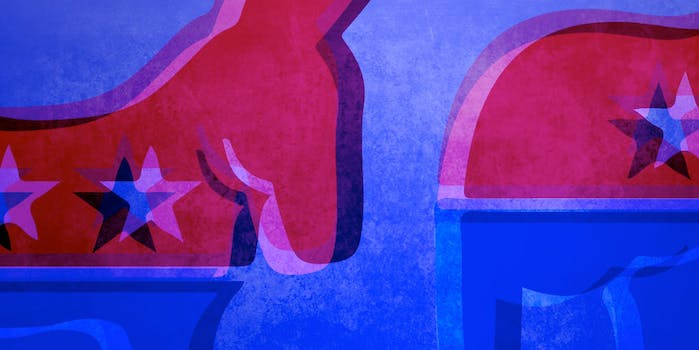 Your most important ballot should be cast way before next November.

Given that presidential candidates start to campaign well before the actual showdown (not to mention years of testing waters), it’s easy to get election fatigue as a voter. You’ve been hearing a lot on the Internet about the upcoming primaries, yet you’ve probably dismissed them as test runs, you know, the ones before the one that actually counts.

But here’s why presidential primaries are important and might actually be more crucial in shaping American politics and policy than what actually goes down in November.

A quick history lesson—primaries weren’t always a part of the election process. The U.S. Constitution actually provides no guidance on the role of political parties—so the system has largely evolved on its own throughout the country’s history. For a while, presidential candidates were nominated by a party’s elite, a less-than-transparent method that was easily open to corruption, so Progressive Era reformers in the early 1900s advocated to put the nominating power in voters’ hands through the form of primary elections.

Every state is different in how it holds its primaries and determines voter eligibility, but these mini-races give major political parties a good read on who’s their best shot at mobilizing voters and winning the general election. After all, why would you give the party’s runner-up the coveted nom when there’s a more popular candidate available?

You’ve been hearing a lot on the Internet about the upcoming primaries, yet you’ve probably dismissed them as test runs, you know, the ones before the one that actually counts.

Donald Trump‘s commanding lead in Republican polls is an example of how that practice could be challenged, since the GOP higher-ups and staunch party voters are reportedly less than enthused about a possible Republican Trump ticket.

Despite the fight to make primaries a reality, these early races have come to see pretty pathetic voter numbers over the years, especially in recent elections. In the 41 states that held presidential primaries for both the Democratic and Republican parties, a dismal 17.3 percent of eligible citizens turned out to the ballot box in 2012, according to think tank Bipartisan Policy, producing record-low turnouts in 15 states. Factor in the five states that only ran Republican primaries and turnout dropped to 15.9 percent nationwide.

The serious gap in turnout between the primaries and general election is a problem because the White House race is, in a way, long decided before November ever comes around. States have long attempted to front-load their primaries early on the election schedule so they can have the most influence, which is why you hear a lot about Iowa and New Hampshire, the two states that historically kick off the primary season. Even though other states hold later primaries over the course of several months, it won’t even matter.

When Rick Santorum suspended his campaign on April 10, 2012, and ultimately conceded the Republican nomination to Mitt Romney, half the states—which represented 40 percent of the country’s population—hadn’t even held their primary election. So, as the Huffington Post points out, just 5.2 percent of all Americans eligible to vote decided who the Republican Party’s nominee would be.

Think about it: A very small fraction of the American population determined the candidate for one of two major political parties in this country. (Barack Obama, as the incumbent president, ran mostly unopposed in the Democratic primaries.)

In the 41 states that held presidential primaries for both the Democratic and Republican parties, a dismal 17.3 percent of eligible citizens turned out to the ballot box in 2012.

That’s a big deal because as much as we technically aren’t limited to a two-party system, the person elected president of the United States next year is going to hail from either the Democratic or Republican Party. The increasingly popular left-wing Bernie Sanders isn’t even a Democrat, if that gives you any indication of how little faith people have in an independent campaign. Most people will avoid making a wasted declaration for a third-party candidate, which means they’ve only got two real choices on the ballot. If they’re registered with a party, chances are it’s going to go with their affiliation.

Primaries represent choice. You’re offered a field of eager beaver candidates, and you get to choose who best represents your interests. These early races challenge you to really look inside and figure out which policies and ideals are most important to you, regardless of whether your allegiance lies blue, red, or somewhere in the purple-y middle.

Republicans, does Jeb Bush‘s new anti-Iraq War stance sit well with you? Can political neophytes like Carly Fiorina and Ben Carson actually handle ISIS? Trump’s words sound good, but do you really trust him with the keys to the country?

These are the types of serious issues that become front and center during the primary season. But when the general election comes, there’s usually just one question: “Who’s the lesser of two evils?” General election voters might award the winner, but primary voters are the ones who set up the match, and that’s a decision that should be made by more than just five percent of the people.

Melissah Yang is an Associate News Editor at Bustle and based in Los Angeles. She was previously with the Los Angeles Business Journal, CNN Entertainment, and the Las Vegas Review-Journal. A through-and-through SoCal girl raised in Orange County, Yang got a Bachelor’s in English Lit from UCLA and a Master’s in Journalism from USC.