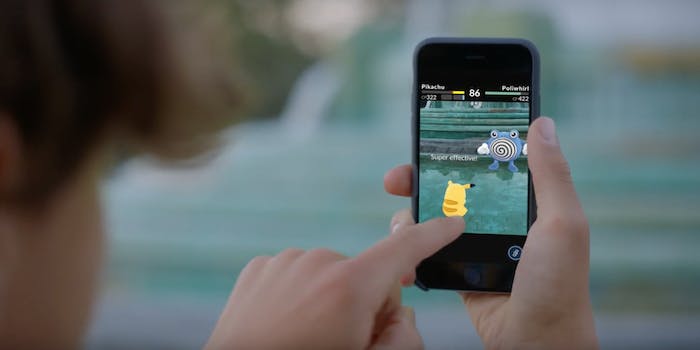 ‘Millennials of New York’ gets real about Pokémon Go and shootings

Some think the game has distracted people from real issues.

A week since its been launched, and it’s no news that Pokémon Go is one of the hugest cultural phenomenons in recent history. Kids are getting out of the house and exploring their neighborhoods in hopes of catching a Pikachu. There’s a slew of outrageous stories, like the Wyoming teen that came across a dead body in a nearby river and the two marines that helped catch an attempted murder suspect—all while playing the game.

Nobody quite predicted Pokémon‘s major comeback. And while we rejoice all the good that has come from Go, satirical Facebook page “Millennials of New York” has given us quite the reality check.

Inspired by the famous Humans of New York, the page with more than 330,000 likes takes aim at all those stereotypes about Generation Y. Being a 20-something-year-old in a wild expensive city is so damn hard, especially when you have to brunch every weekend. Led by the duo of humor writers Connor Toole and Alec MacDonald, the page pokes fun at millennials more than anything.

With everyone and their mom playing Pokémon Go now, they understandably had to touch on the cultural milestone. So on Tuesday, they took aim.

The week that Pokémon Go came out, there were lots of things on aspiring trainers’ minds. Where to catch a Pinsir. How to evolve their Eevee. What’s the best way to conquer a gym.

But that same week, a lot of really shitty stuff was happening in the United States as well. There was a rumored “purge” in Baton Rogue after Alton Sterling was shot fatally by police. In Minnesota, another black man named Philando Castile was killed by law enforcement with the aftermath streamed on Facebook Live. At a peaceful Black Lives Matter protest in Dallas, two civilians and 12 police officers were shot by a sniper.

Lots of people felt like speaking up—at least on their social media accounts, posting articles on Facebook and tweeting support via hashtags. But as the Millennials of New York post points out, that was the extent of many white Americans’ activism.

Now, perhaps the blame doesn’t fall on Pokémon Go. Perhaps the app is just a majorly easy distraction to stay busy with. People will find any way to ignore a major problem that doesn’t necessarily affect them, while still talking about it on the internet to appear as if they care. But having the game come out the week when so many protests against violence were happening clearly illustrates that contrast.

There’s going to be more interest in doing something that gives a sense of enjoyment like capturing Pokémon instead of taking on a responsibility like helping call for system change.

There’s not much that we can do to change the apathy that went on while people were busy exploring Pokémon Go. But at least by starting conversations about it, people may feel more inclined to put the phone down, get off the computer, and do some advocating in real life.