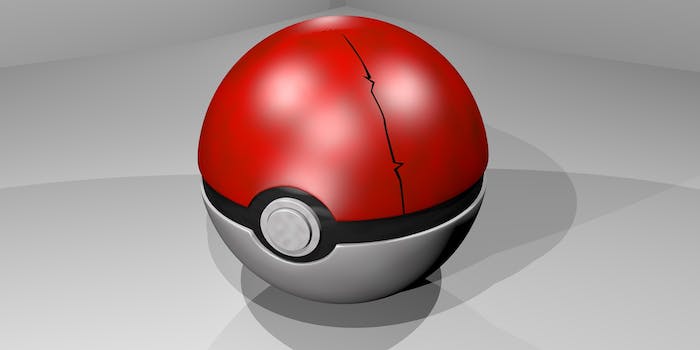 Legions of Pokémon fans were feverishly anticipating the latest, cutting-edge opportunity to hurl those red-and-white orbs at a companion like Squirtle and train it on up to Blastoise: Pokémon Go.

Thanks to smartphones and augmented reality, people could finally become Pokémon trainers by exploring their own backyard, towns, and other random places and capturing the pocket monsters. The game finally launched this past week, and everyone was as excited as Ash after beating a gym leader.

But with the major rush to play Pokémon Go came the struggles: servers down because of overcapacity, figuring out how to throw a fucking Pokéball, and more. (Thankfully, the Daily Dot has whipped up a handy guide for getting started.)

And shit, Pokémon Go has gotten majorly real in the first few hours that it’s been out. Here’s a roundup of some of the wildest stories to have come out of the game:

🔴 A man played Pokémon Go while his child was being born. Misty would’ve been pissed. [Someeecards]

🔴 Australia’s Northern Territory Police would like you all to know that your safety is more important than nabbing some more Pokéballs. Officer Jenny endorses this warning.

🔴 People began searching everywhere for new Pokémon. This was good for kids who were getting out of the house and talking a walk. This was not good for a Dairy Queen that had to put a sign to keep out scoundrels who were coming in just for the Pokémon and not for their delicious Blizzards.

🔴 Apparently Pidgeotto likes hanging out on the shitter. Doesn’t surprise us. Nerdist had some help scoping out the funniest Pokémon locales. [Nerdist]

I didn't know that the game was appropriately named #PokemonGo pic.twitter.com/S0QLJB7Gzn

🔴 Forget Pikachu. People have been taking challenging the strongest Pokémon with their own bare hands.

🔴 Looks like playing Pokémon Go has some Gastly results. Gotta check out if your insurance covers injury from a ghost-type. [Reddit]

🔴 A teenage girl came across a body in a river while looking for some water-types. Yes, really.

🔴 Some guy might have lost his job for playing Pokémon Go while at work, which prohibits cameras in the office. You won’t believe which Pokémon he was trying to catch.

Stay safe out there as you train up Pokémon trainers! Keep some Full Restores in your backpack and please look up from you phone so you don’t walk into ongoing traffic. Unless you want to end up like that Marowak ghost that haunts the tower in Lavender Town.