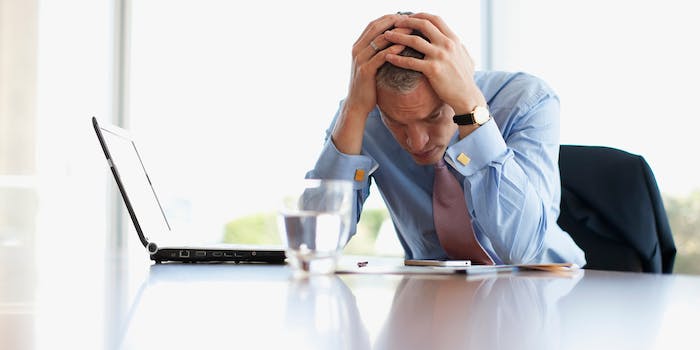 Pokémon Go has been out since around Thursday (depending on where you live) and has already become quite the sensation. We’ve been preparing ourselves for all the people who are eventually going to get themselves hurt while distracted from their surroundings. It’s hardly been a day since the game has launched and somebody has already jeopardized their job.

Redditor scarstruck4 shared his story where everyone brings the shitty things that happen to them: the Today I Fucked Up subreddit. He explains what went down:

i m a 23 year old employee in a Banking/IT company. As you can guess, i was born in nineties and my entire childhood was just one word – POKEMON. i read about the launch of Pokemon Go on iOS and my thumb automatically went to AppStore -> Pokemon Go -> Get It! i could feel the 10 year younger version of me, dancing with excitement. Playing it just for 5 mins, i left for my office. Now this is where i screwed up. Employees of my company are allowed to use smartphones inside the premises BUT using camera is strictly prohibited as we have access to clients personal data. you can guess what happened next. i just thought of exploring the game option and settings and as soon as i opened it i encountered a wild ZUBAT! i instantly went into Ash mode and started throwing Pokeballs all over the screen holding the phone high in front of my face as if i was taking a selfie! (Zubat was flying, hence). then came voice from behind “excuse me sir, are you clicking photographs?!” and next thing i knew was my iPhone getting confiscated. I tried to post this yesterday but it got removed because security dept was yet to reply back to me. So today i got a call on my alternate number saying that my phone needs to be sent to abroad country to the headquarters of my parent banking company to check for any possible data regarding clients personal info. If any data is found for e.g photos of monitor or codes, i may loose my job and also be blacklisted. i actually had some photos of programs that i wrote just for reference and i m shit scared if they get their hands on it. i just started with my career and dont want to be blacklisted! that is worst thing that can happen to any individual to works in a IT sector. and not to forget, i kinda lost my hard earned iPhone too.
TL;DR – got my phone sent to headquarter office by playing Pokemon Go in my office where using camera is prohibited. May loose my job and get blacklisted for life.

I can’t get over the fact that this dude might have lost his job because he was distracted by Pokémon Go. Even wilder is the fact that it was over a fucking Zubat. Come on, why you freaking out over a flying rodent whose only asset in the games is confusing the shit out of other Pokémon with Supersonic?

And while some may be sympathizing with this guy, commenters have taken a different direction with trying to console him. Any ’90s kid would immediately recognize this opening bit. 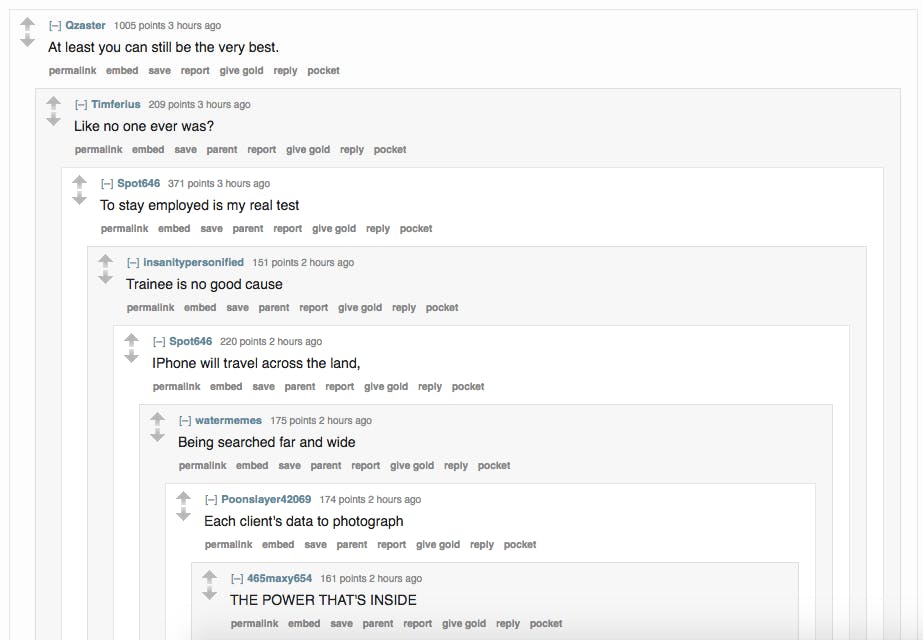 Maybe it’s time for this guy to go back to the classic GameBoy games.