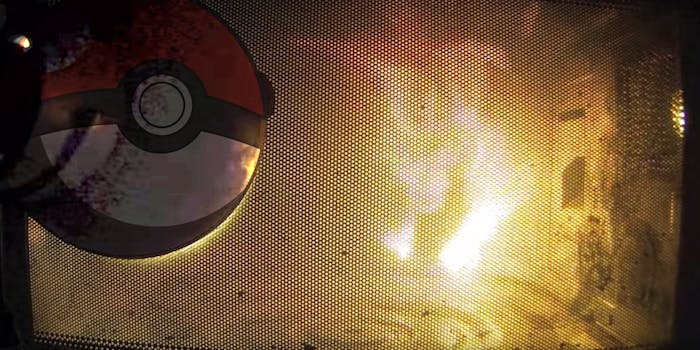 Microwaving your phone won’t help you cheat at Pokémon Go

This trick is obviously a bad idea.

In Pokémon Go, players can find rare Pocket Monsters by “incubating” Pokémon eggs—the farther you walk, the closer they get to hatching. And there’s a great prank image going around that claims you can fake the walking part by putting your phone in a spinning microwave.

You can’t, obviously. Don’t be stupid.

This falls into a time-honored category of online prank, made famous 4chan when it was good: Post something only a dumbass would actually try, and watch someone inevitably try it anyway.

Remember when 4chan convinced people that installing the latest iOS would make their iPhones waterproof? Same thing. Some poor kid will definitely microwave his iPhone trying to catch Pokémon.

The terrible part is that there’s already a trick to simulate walking without causing your phone to catch fire: Tape it to a ceiling fan.