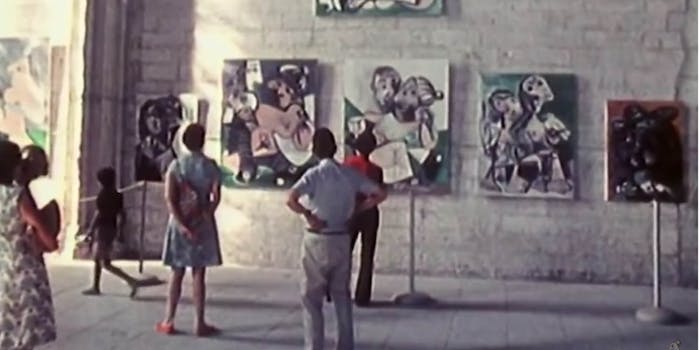 A tweet pointing out that painter Pablo Picasso didn’t die until 1973 has left people online dazed and questioning everything they thought they knew.

Twitter user @stanscaps brought the well-documented historical fact to everyone’s attention, writing: “Picasso died in 1973… no one fucking talk to [me] I thought this man lived in 1500.”

Now, Picasso was born in 1881, which at this point is a full two centuries back from the one we are currently in. But his long life span led him into his 90s, and the fact that he didn’t die until shortly before millennials began being born has shaken some folks to the core.

While clearly the fact that Picasso was not a contemporary of the Renaissance painters is news to a lot of folks, others are equally surprised that this isn’t common knowledge.

“His most famous painting is about the Spanish Civil War,” Twitter user @yenchaoss pointed out.

But others used it as an opportunity to share historical facts that they went far too long without knowing, reminding us all that even if we knew Picasso died in the fairly recent past, there are definitely other things out there we are still totally unaware of.

School is helpful and all, but it doesn’t teach us everything. And that’s assuming we were even paying attention in the first place. But with the internet at our fingertips and people on Twitter shouting out random facts, every day can be a brand new lesson for each of us.