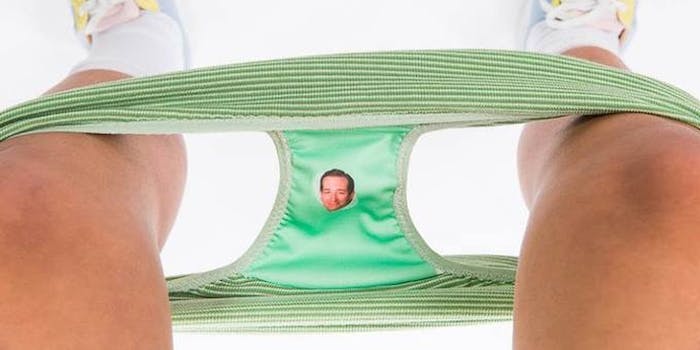 Bleed all over Trump, Cruz, and Kasich with these stylish period panties

Let the Zodiac Killer-turned-presidential candidate soak up your uterine lining, as god intended.

In the best invention since period panties—which, admittedly, were invented pretty recently—now there are period panties stamped with the faces of the most conservative GOP presidential candidates.

The new Bloody Marys line uses the same fabric technology as period panty-makers like Thinx: highly absorbent, anti-bacterial, leakproof material that soaks up as much blood as a tampon while wicking moisture away from the body. It’s a pretty awesome invention that eradicates the need for extra (and expensive) menstruation gear—but it’s even more awesome when Ted Cruz‘s face becomes the target for your flow. 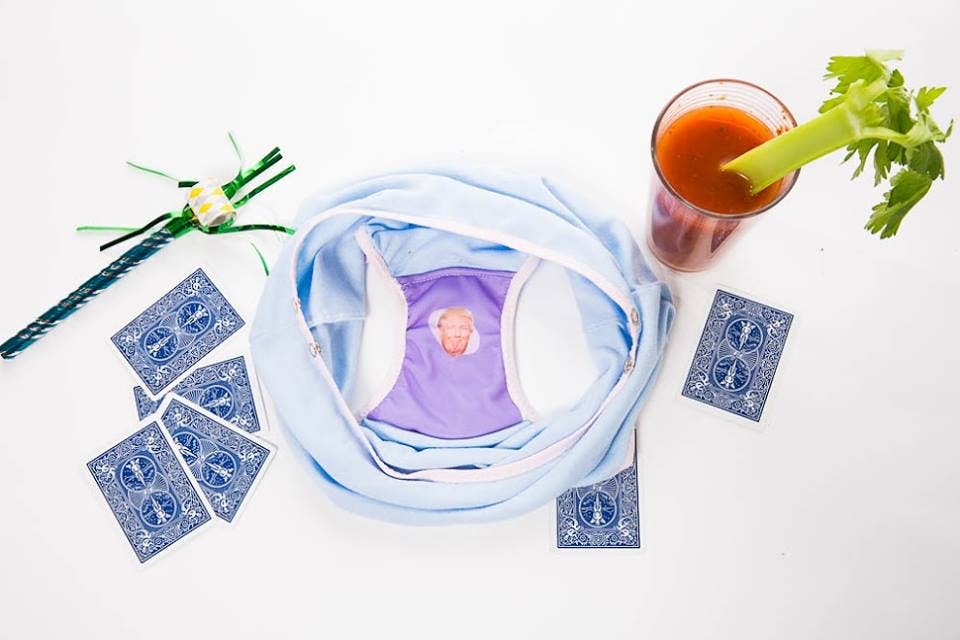 Olympia, Washington resident Sarah Palatnik created Bloody Marys for the Etsy shop Cute Fruit Undies. These pairs not only feature the face of the GOP politician of your choice (each selected especially for their work to inhibit women’s reproductive rights)—they also have a nifty snap-in heating pad that rests on the pelvis to soothe those cramps. 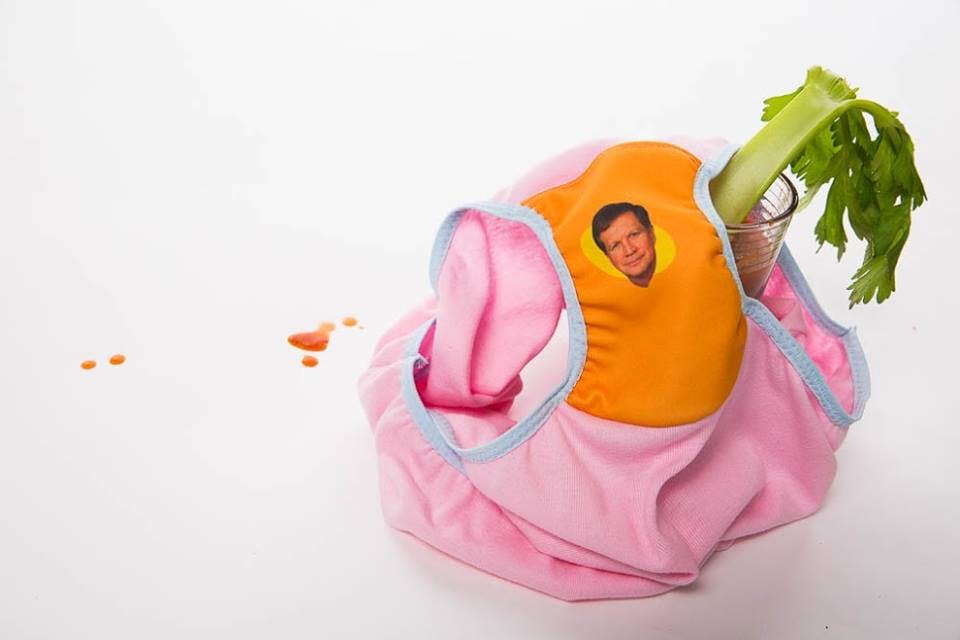 Palatnik refers to each of the nine available politicians as a “Blood Dumpster.” The Blood Dumpster crew includes Republican race faves like Ted Cruz, Donald Trump, John Kasich, Jeb Bush, Mike Huckabee, Rand Paul, and Rick Santorum—with Minnesota Congressman Tom Emmer and (hey, why not?) Sarah Palin thrown in for good measure. Every sale triggers a $3 donation to the Planned Parenthood chapter in the state governed or affected by the Blood Dumpster you choose.

Presumably Fox News anchor Megyn Kelly is placing an order right now for a pair of Trump period panties. Last August, a beaten-down Trump attacked Kelly after she aggressively questioned him during an early GOP debate. “She had blood coming out of her wherever” quickly became the catchphrase that epitomized Trump’s stumbling comments about women. Now, Kelly can show the confused presidential candidate exactly where her blood really comes from—and where it goes: on his dumb orange face.