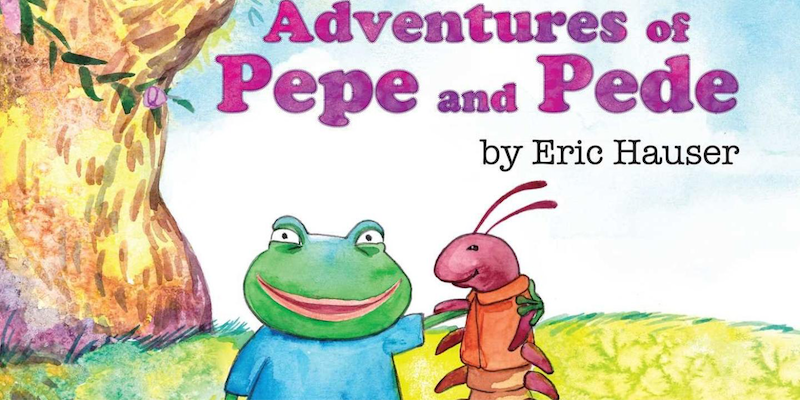 Matt Furie is tired of the alt-right using his character.

Earlier this month, a Texas middle school assistant principal was removed from his position for writing and publishing a controversial children’s book starring meme icon Pepe the Frog, who has become a symbol of the “alt-right,” a loosely affiliated conservative ideology that harbors white supremacists. Eric Hauser’s The Adventures of Pepe and Pede featured clear pro-Trump political leanings, and its use of Pepe—popular among “deplorables” on boards like Reddit’s the_donald and 4chan’s /pol/—was no accident. But Pepe’s not just a meme, he’s a comic character created and owned by Matt Furie and Furie wasn’t happy about Hauser’s coopting of his creation. He squashed the book in a legal settlement this week.

Furie and Hauser came to an agreement that would stop sales of the book and donate all profits thus far to CAIR, the Council on American-Islamic Relations, Motherboard reported.

The choice of organization is especially fitting considering that the villain of Pepe and Pede was “Alkah” the alligator, a thinly-veiled Muslim character who lived in a swamp with henchmen drawn to resemble women in burqas.

Furie’s lawyers told Motherboard that Hauser didn’t bother contesting their claims of copyright infringement, especially because an email to the book’s artist showed he had specifically asked for his frog to look like Furie’s Pepe.

“Mr. Hauser admitted it,” attorney Louis Tompros said. “There’s no question it was copyright infringement. [We] were able to negotiate [settlement] over the course of just a few days.”

Before Furie stepped in to stop Pepe and Pede, it made a meager $1,500 in profit, Furie’s lawyers said.

This isn’t the first time that Furie has attempted to save his decade-old character, originally portrayed as a very chill dude in Furie’s webcomic “Boys’ Club,” from being used as an “alt-right” icon. After Hillary Clinton name-dropped Pepe during her warning about the “alt-right” in 2016, Furie started a campaign to make Pepe not a Nazi again. He even “killed” Pepe in a funeral comic strip earlier this year.

The white nationalists and message board griefers who love the frog mostly ignored his efforts, and it’s basically impossible to control a meme once it starts, but at least Furie has made his wishes clear.