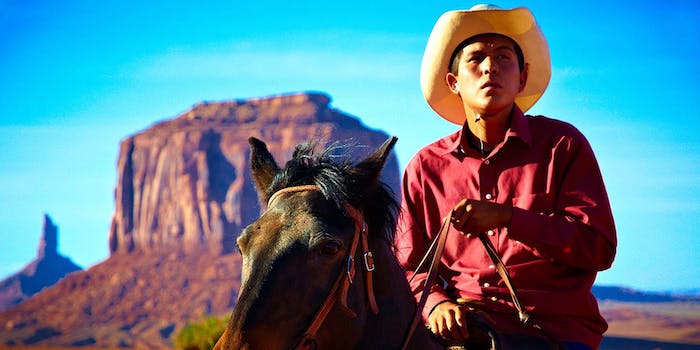 Peapod and Instacart are great resources. But they're not here to save us.

In December, my neighborhood grocery store closed, seemingly overnight. All 72 of Chicago’s Dominick’s stores all closed up shop three days after Christmas, leaving their aisles empty in a display that looked like the onslaught of the apocalypse. Those stores that were sold to Whole Foods or Mariano’s, another local chain, promised to quickly reopen before the stores turned into The Walking Dead. But in the case of the former Dominick’s in Edgewater, that promise won’t be fulfilled until 2015, leaving the neighborhood’s residents without a reliable source of groceries.

With the alternatives being a commute to another neighborhood’s Trader Joe’s or Jewel-Osco, many Edgewater residents did the same thing that Chicagoans across the city did: They took the plunge and finally started shopping for their groceries online.

I’d always been apprehensive about services like Peapod for reasons that now make very little sense, especially considering I dislike grocery shopping with an irrationality most people reserve for Anne Hathaway acceptance speeches. However, a friend of mine (and fellow Daily Dot writer), Zach Stafford, wrote a column in the Chicago RedEye, the Tribune’s free daily paper, about his experiences with Instacart, one of the many options open to Chicagoans with a stable Wi-Fi connection.

Upon using the service, I found it to be easy, reliable, and all of the other nice adjectives the company promised, but Stafford pondered whether offerings like Instacart would be enough to solve the city’s wider food desert problems, ones that affect over 600,000 residents, according to 2009 data. Stafford wrote:

‘Food desert’ is a term to describe an area—usually in low-income communities—where residents do not have access to affordable, nutritious food. Chicago’s problem especially has been a target of national attention, and first lady Michelle Obama has led the charge. Two months prior to the closures, Chicago celebrated a 21 percent decrease in populations affected by food deserts, dropping from 100,000 people affected to a little less than 80,000 since 2011, according to the city.

Although it’s difficult to fact-check Mayor Emanuel’s assertion that the city’s food shortages were getting better (one I seriously doubt), it’s safe to say that the closing of 72 stores and loss of 6,600 employees ended any streak of progress. However, companies like Peapod, the nation’s leading online grocer, has been leading the charge to address Chicago’s recent food desert issues. As Jackie Kostek of Chicago’s DNAInfo points out, the solution to the city’s produce woes has long been “simply to build more grocery stores,” but Peapod’s goal is to “[flip] that theory on its head.”

To address the city’s structural food issues, Peapod has expanded its service to cover “half of the Chicago food desert,” according to Italia Patti of Chicago’s Gapers Block, and the Internet retailer also “delivers discounted seasonal fruit bags to drop off locations in neighborhoods deemed most in need.”

The company’s heart is in the right place, but one has to wonder what kind of residents are going to be taking advantage of an online option. If you build it, who will come?

In a 2007 article, Tribune staff reporter Johnathon E. Briggs spoke with Hyde Park resident Kirsten Esterly; for those unfamiliar, the presence of University of Chicago has made Hyde Park one of the city’s most divided neighborhoods in terms of wealth, with gentrification increasingly widening the gap between the area’s rich and poor.

As a Peapod early adopter, Esterly, a wife and mother of two, is emblematic of exactly the type of person who would be using Peapod on the south side. Esterly doesn’t seem to lack income; instead, her issues appear to be in terms of capitalistic choice, and as someone with the appropriate cash flow, Esterly decided to take matters into her own hands, rather than shopping at the local co-op.

It’s not about a lack of food altogether, but what you settle for based on your purchasing power. For instance, Edgewater residents still have options. In fact, I live less than two blocks away from both CVS and Aldi, the latter known for disorganization and poor produce selection, and it’s a marker of my privilege that I’m able to take my business elsewhere. Were I truly desperate, I could walk the short hike to Devon Market, located in the adjoining neighborhood, but I never have to be desperate.

This is why Chicagoist’s Melissa Wiley argues that we need to differentiate between food deserts, as in those neighborhoods inconvenienced by often temporary food shortages, and food deserts, where residents might not be able to afford even the limited options that exist. “Those in the latter camp, however, can’t afford cold cuts at a click,” Wiley writes.

Wiley talks with Jim Conwell of the Greater Chicago Food Depository, who further reframes this debate not just in terms of availability but also employment. Chicago’s food desert debate is a product of the city’s greater issue, economic and social dislocation; Chicagoans live in one of the most segregated cities in the country, a system that leaves many with few resources for survival. On the issue, Jim Conwell told Chicagoist:

The best solution to food insecurity and hunger is a good job that gives a person the means to put food on their table every day. But continued high unemployment and underemployment limit the ability for hundreds of thousands of our neighbors to purchase nutritious food. The viable solution in the immediate future is a strong safety net that gives struggling people access to food with critical anti-hunger programs like SNAP, WIC, summer meals for children and school breakfast and lunch.

Companies like Crisp! Mobile Produce, a program run through Chicago Catholic Charities, hopes to bridge the Peapod gap by offering produce at a reasonable rate (with no delivery fee), but as Conwell points out, that’s only a start. As the Obama administration rolls back food stamp money to low-income Americans, cutting $8.7 billion in aid over the next decade, working to fix America’s food desert issues means addressing the underlying issues of economic inequality that create these problems to begin with.

Photo via Moyan_Brenn/Flickr (CC BY 2.0)