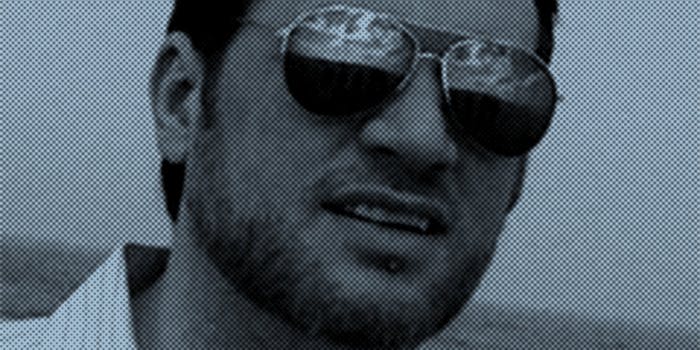 Business Insider’s bigoted CTO resigned, but the tech industry has a bigger problem

If you were wondering why Pax Dickinson, the N-word-spewing tech industry pariah du jour, still has a job, wonder no more.

If you were wondering why Pax Dickinson, the N-word-spewing, feminist-bashing tech industry pariah du jour, still has a job, wonder no more. According to New York magazine, he’s just been forced to resign from his position as Chief Technology Officer at Business Insider after a long history of controversial tweets came to light.

Yes, he really did work at Business Insider. Yes, here’s his LinkedIn profile. And yes, here’s the string of racist, classist, misogynist, transphobic statements he’s made over the years on his public Twitter account:

Honest question, is this guy really CTO of @businessinsider? https://t.co/YxOXQ2m6BQ

so he’s a woman, but he still has Y chromosomes? now who doesn’t understand how biology works?

Does this SCOTUS decision mean we can have voter literacy tests and poll taxes again? Three generations of imbeciles voting is enough.

Spanish-speaking gunman commits homophobic hate crime, must be another one of those “white Hispanics” I guess. https://t.co/p0s2K0ONjS

And the clincher—a tweet made right after the Newtown shootings:

Why did it take so long to lose this guy?

Granted, his Twitter does disclaim that his “Unprofessional opinions [are] not endorsed by anyone respectable.” BI’s CEO, Henry Blodget, reportedly defended Dickinson’s history of racism and misogyny yesterday, stating, “Pax was speaking for himself, not Business Insider. We obviously don’t condone what he said.”

@irin @bridgetwi it’s just an unfair overstatement. I get why pax’s comments would set you off. I block him. but just unfair

Yet Dickinson was able to comment and share his views on Business Insider pieces. For instance, here’s a comment he left on an article about a young African-American man going on strike at McDonalds:

28 years old and the only job skills he’s acquired in all that time are worth $8.25/hr.

Yet somehow this is MCDONALD’S fault. Ooooooookay.

And here’s a comment he left implying that Star Wars is about, uh, race purification:

Star Wars is actually politically about a genetically superior aristocracy of birth restoring itself to power after the galaxy’s failed attempt at mass democracy has collapsed into authoritarianism.

Moreover, these statements contradict BI’s own established ethical policy on social media. As Blodget himself wrote in January 2012:

A Business Insider executive has made some comments on Twitter that do not reflect our values and have no place at our company. The executive has left the company, effective immediately.

Business Insider’s team is composed of more than 100 talented men and women of many backgrounds, and we highly value this diversity.

Oh yeah, and Adria Richards was there too.

And it also comes after increasing controversies in the tech industry about the inclusion of women, especially in light of conversations like “#1ReasonWhy,” the firing of Adria Richards, and revelations of the problematic programmer code used at GitHub and other open source communities.

But then, Dickinson might not be aware of the increasing call for change within the industry—after all, he blocks the word “feminism” from his social networks.

feminism in tech remains the champion topic for my block list. my finger is getting tired.

Meanwhile, even as BI execs take a defensive hands-off approach to the subject, there’s a growing number of respected tech elite lining up to call Dickinson an asshole.

Wow, didn’t realize @businessinsider had hired such an asshole in @paxdickinson. Getting memcache to build made him an expert on misogyny!

@paxdickinson @chiIIdog @anildash I’ll call you an asshole to your face, too. When’s a good time to meet up? I might have a free lunch break

@GlennF @mulegirl @anildash and, seriously, can we organize some lady types to join the fun? I mean, do needlepoint?

Anil Dash may be willing to “go to a nice coffee shop and chat” with Dickinson about his troubling viewpoints, but to paraphrase Twitter user UnlikelyWords, We’re not sure a nice cocoa is going to be enough to help this guy—or the industry that gave him a path to the top.

Pax has updated his twitter bio to “the worst person in the world” pic.twitter.com/WEE53MjAsz