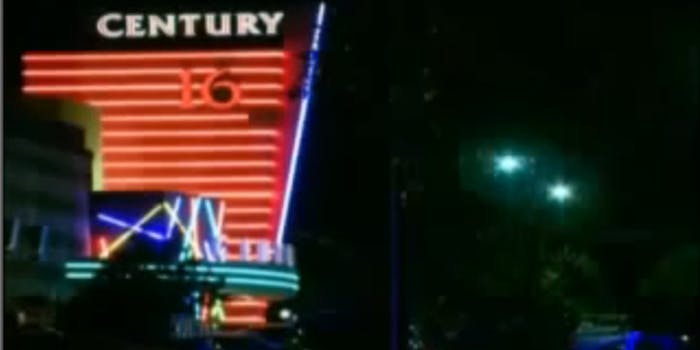 The Ada Initiative sounds off on the Adria Richards backlash

Is #donglegate an isolated incident or a sign of something larger going on in tech? We spoke with Valerie Aurora, cofounder of the Ada Initiative, an advocacy group for women in tech and geek culture.

The technosphere is reeling over #Donglegate, the firing of an unnamed programmer after Adria Richards called him out via Twitter for uncomfortable sexualized jokes he made at a programmers’ conference—and the subsequent firing of Richards herself after the Internet responded with a massive backlash that has included doxing, rape and death threats, and denial of service (DDoS) attacks on her website and that of her former company, SendGrid.

And all this is over a single incident at a conference that had extremely positive feedback from the women in attendance, and an incredibly high number of women attending (at least for the tech world).

But is this really an isolated incident or a sign of something larger going on within the community? I spoke with Valerie Aurora, cofounder of the Ada Initiative, an advocacy group for women in tech and geek culture. Aurora and the Ada Initiative were also recently involved in speaking out against a tech conference environment that made them uncomfortable, much to the chagrin of many attendants. We spoke to her about the rising tensions in tech culture and the possibilities for preventing incidents like this one—and the subsequent massive fallout—from happening to techies in the future.

Daily Dot: What is going on in the technosphere right now?!

Sexism in tech has been a problem for a long time, but people have been trying to keep it underground and under wraps. I think part of what’s happened is that the Internet has given women the ability to share their stories. We’ve tried to paper over all these fault lines but there are underlying problems of major, underlying issues in tech. It’s not so much this incident itself as this growing feeling of, ‘hey, there’s something wrong here; women deserve to be treated as people.’

Is this tied in with Anita Sarkeesian, the Skepchick backlash, etc? Are these all connected or are they individual skirmishes?

There are all personal connections between different people and groups, in that we share various tools and teach each other how to use them. So for example, Rebecca Watson stating that she won’t speak at a conference unless it has a sexual harassment policy. This is actually something that began in science fiction conventions and spread to tech conventions. And of course, clearly the people who oppose [women in tech] are also sharing the same tactics, like rape threats and doxing, etc.

The feeling has always been there in our culture. What I think the Internet has changed is that it’s made it lower cost for people to express their sexist and racist comments or feelings. So most people feel that  they can safely make these comments without being punished. And I think that may be part of why this incident is so huge; people felt safe making sexist comments in what they thought was a crowd. … I feel like these opinions have been there already; it’s just that people have more opportunity to express them without consequences. For the vast majority of people sending [Richards] rape threats there will be no cost. They won’t get fired, their names won’t be on the Internet.

Do you feel like the solution was to fire the programmer?

I don’t have enough information to know that. If there was a situation where there’d been like five other incidents, then that would be it, right? None of us knows. [Note: Playhaven, the employer of the fired programmer, has since clarified their decision.] I do know that Adria… certainly didn’t suggest it.

Is this “shoot the messenger” mentality more acceptable in tech culture, or is it society-wide?

I think that a key element of what got her fired was Anonymous, in that in Internet tech culture, when you upset the guys who like the sexist jokes, what you get is a massive hacker attack.

A Denial of Service.

Right, all across everything—her website, their website. And it allows people to disrupt your business very easily. If you put together a boycott, people have to passionately care and be committed to social justice before the boycott has any effect. If you put together a Denial of Service attack, all you need is a bunch of computers that you’ve broken into. It’s a way of distorting social pressure so that it has a much greater effect.

Does SendGrid have reasonable grounds for firing her?

That’s an interesting question and it also applies to the other firing. There’s always more information than we have. It’s important to keep in mind that we don’t know everything. I don’t know whether they had reasonable grounds to fire her. What I do know is that by firing her they sent a message to women in tech all over the world.

What was that message?

Don’t speak up. It’s an interesting thing. People will say they want sexism to end, but they won’t support any of the things you have to do to end it. There’s no reason for people to stop being sexist if they have no reason to worry about being sexist.

Do you agree with Richards’s method? She basically outed these guys.

I do notice that many of the people who support the Reddit jailbait photos of underage women in sexual positions taken without their consent, are also the same people who are suddenly saying, ‘Wait, now that it’s a white guy who’s a programmer, taking his picture and posting it without his consent? That’s not cool.’ So there’s some level of hypocrisy going on. It’s clear that people differ on whether that was a good move. It does seem clear to me that the reason to do it was to remove that level of anonymity, because they were faceless and nameless in the crowd.

What’s the ideal safe environment for a woman to have a productive time at a tech conference like this?

Well, it’s a very long list, and there’s actually a good page on the Geek Feminism Wiki called Women-Friendly Events. The important thing, I think, is to listen to what women say and to understand that women are different and have different needs and feelings, both from each other and from people with other genders.

[Laughter] Yes, but a lot of people don’t understand.

PyCon actually seemed to do a good job of making their environment safe, and I saw that you ran a Feminist Hacker Lounge. What, if anything, can we learn from PyCon?

I think what we can learn is that if you do all of the things that all of the women-in-tech activists have been saying you should do, you can get a record percentage of women at your conference. I saw one tweet saying that there were over 20% women at Pycon. That is unheard of. And I think that that may also be part of why there’s so much backlash on this particular incident. Doing all these things, having a code of conduct at your conference, having lots and lots of encouragement for women in tech, works, and it brings women into the community, and for whatever reason people don’t want that. And if you’re against that, then that was a pretty depressing thing to see.

Why do you think the “it was just a joke” refrain is so popular with the people who are backlashing against Richards right now?

I’d refer people to the “Lighten Up” blogpost. It’s a classic way to belittle and trivialize other people’s real experiences. If it’s the case that you do want more women in tech then it shouldn’t matter that it’s a joke.

The thing that struck me about Adria’s blog post was that she thought about herself, and it wasn’t enough to take action, but then she thought about that little girl who had just learned Python. “It’s just a joke” is what’s keeping you daughters from becoming computer programmers.

Has this overshadowed all the inclusivity of PyCon?

I think that depends on what happens over the next week. The jury’s still out on whether this will be a net-positive or a net-negative, and it really depends on what people like your readers will do in the next few days.

How do moments like this affect the Ada Initiative and the work that you do?

It’s both discouraging and causes me to work harder. There are some days when you say, ‘Is this worth doing or am I having an impact?’ And when you see something like this, you say, “Wow, this is really important work to do: this is affecting the entire future of technology and the entire future of our culture, because it’s so Internet-based.” So it’s a kick in the pants, in both senses.

Is there any way to turn this into a positive?

I think one way to make this a positive is to donate to Black Girls Code. I was shocked and horrified—and I should not be shocked and horrified, but it’s because I’m not a Person of Color [and I’m not already used to seeing these things]—that people were using racist epithets about her, including the N-word. It’s about both her gender and her race. I think that race is an important dimension in this story as well.

Is it ever OK to just laugh it off? If she hadn’t thought about that girl and just said, “OK, I’m going to move on.” Would that have been doing everyone a favor?

It’s hard to say. If everyone always does that, nothing will change—and it seems like things get worse, even, if we’re not fighting sexism. Look at everyone who thought that sexism was over 20, 30 years ago. In each individual case, it’s hard to tell what the greatest effect is going to have. But it’s also really important for people to consider how much they can take at that moment. Everyone has their own ability to fight at any particular time. Somebody has to speak up sometime, or we’re never gonna fix this.

Photo via the Ada Initiative