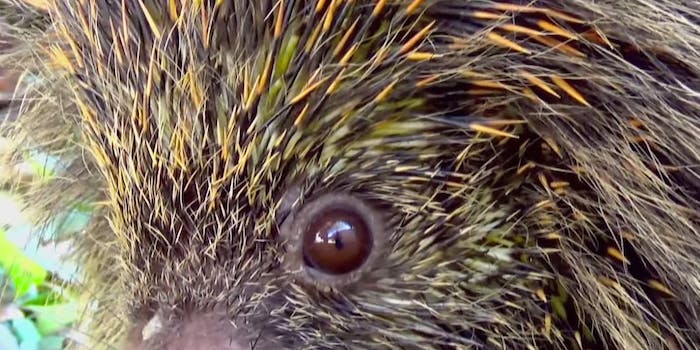 Thanks to a DIY wheelchair, this paraplegic porcupine is on a roll again

It’s a tale as old as history itself: Paraplegic porcupine is rescued from Brazilian nightclub, authorities decide to euthanize it, zookeeper is inspired to build a porcupine wheelchair with $5 worth of plumbing pipes, porcupine gets a new lease on life.

Yep, nothing out of the ordinary here.

I think it’s fair to say that rides don’t get sweeter than this.