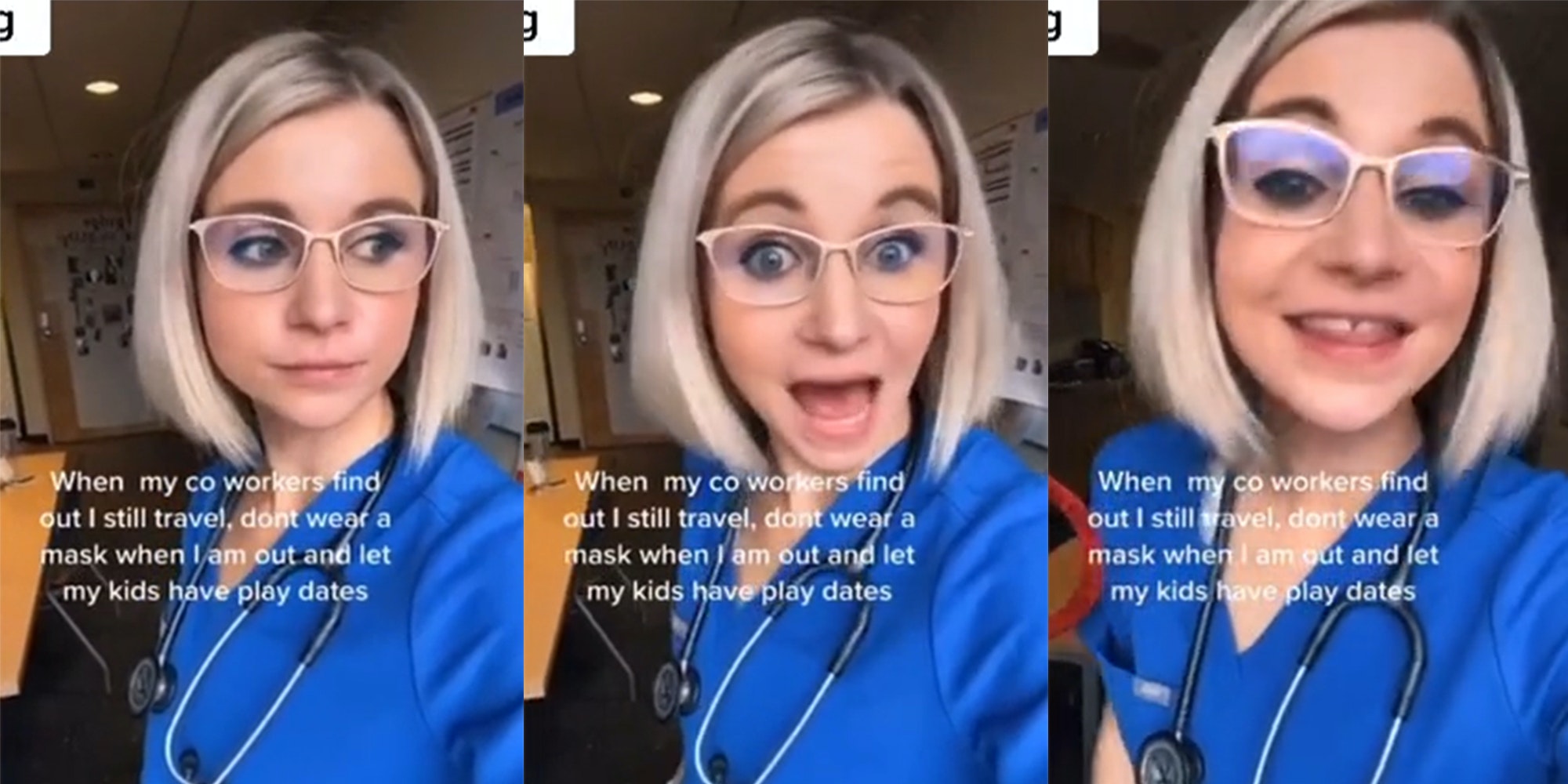 The nurse bragged on TikTok about not wearing a mask.

A nurse in Salem, Oregon has been placed on administrative leave after her TikTok mocking COVID-19 protocols went viral.