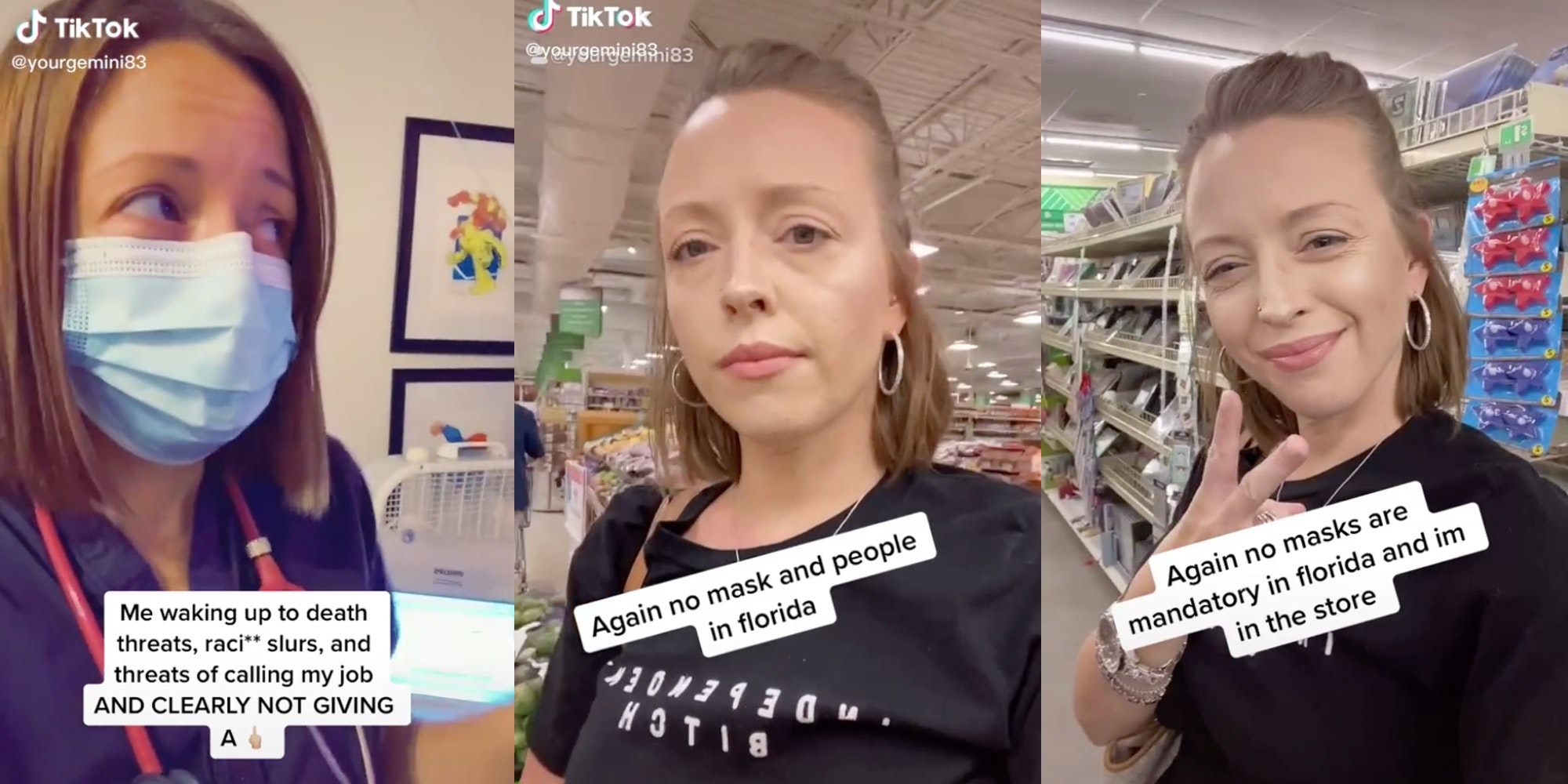 Florida nurse flaunts going to stores without a mask on TikTok

A Florida nurse is causing a stir after she began defiantly posting TikTok videos showing herself shopping at stores in without wearing a mask.