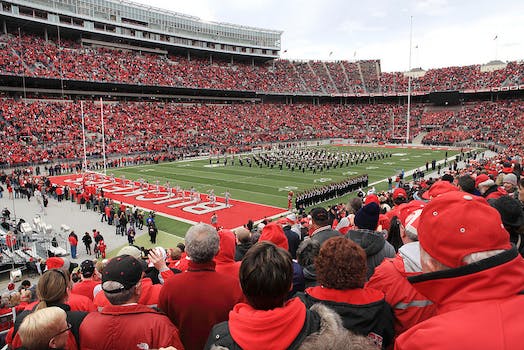 Did this Ohio State fan get busted with her side dude on TV?

Maybe her regular guy was rooting for Alabama.

As Socrates purportedly said: “I know one thing: that I know nothing.” But all the same, it really looks like the Ohio State fan in the Vine below got caught on TV with a non-boyfriend and immediately calculated the fallout.

OK, maybe she just had other things on her mind, like a premonition about the next play being an interception in her team’s favor. Or she could be a stealthy pickpocket. Or—and this is a pretty wild theory—the footage is reversed, and she was wiping a booger on that guy’s head.

Whatever the circumstances, one thing’s for sure: we’ve found our new “Stop Girl.”