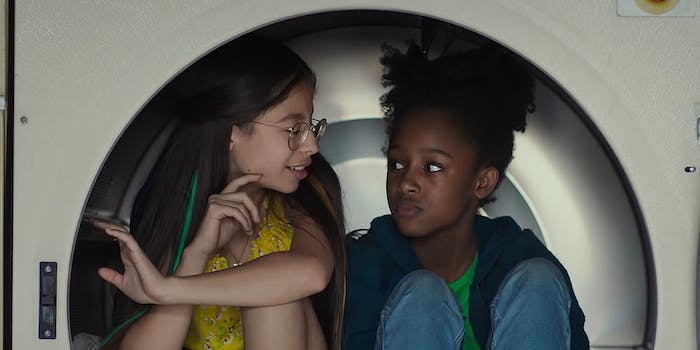 A grand jury in Texas steps in over the French film's content.

A grand jury in Texas has indicted Netflix over the content in the controversial French film Cuties.

The indictment was first announced by Texas state Rep. Matt Schaefer (R) and filed in Tyler County on Sept. 23. It names Netflix as well as Netflix co-CEOs Reed Hastings and Ted Sarandos by name.

According to the indictment from the grand jury, Netflix is accused of promoting “visual material which depicts the lewd exhibition of the genitals or pubic area of a clothed or partially clothed child who was younger than 18 years of age at the time the visual material was created.” It also says that Cuties (which is also known as Mignonnes) “has no serious literary, artistic, political, or scientific value.”

“Cuties is a social commentary against the sexualization of young children,” a Netflix spokesperson said in a statement. “This charge is without merit and we stand by the film.”

Netflix purchased the world rights to Cuties, Maimouna Doucouré’s coming-of-age film, outside of France in January ahead of its world premiere at the Sundance Film Festival. It’s received largely positive reviews from critics and won an award at Sundance.

But the initial marketing for Cuties featured imagery that the film actively critiques, and Netflix was accused of hyper-sexualizing young girls while critics said that the marketing didn’t reflect the movie at all. Netflix later apologized for the marketing, and Sarandos apologized personally to Doucouré after the marketing led to people sending her death threats. The film’s release on Netflix resulted in some people pledging to cancel their Netflix subscriptions while several lawmakers appeared to nod to QAnon after calling for Netflix to be investigated over Cuties. In response to the controversies, a group of female directors signed an open letter last week in support of Doucouré.