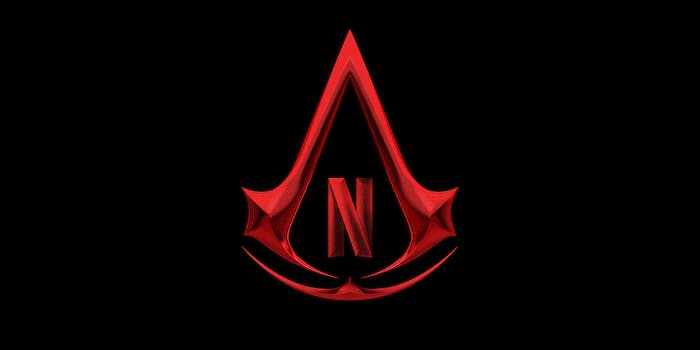 The deal includes the potential to also make animated and anime.

After the rollout of Netflix’s runaway hit The Witcher, the streaming giant is doubling down on its video game-adjacent adaptations by taking one of Ubisoft’s tentpole franchises.

On Tuesday, Netflix announced that it signed a deal with Ubisoft to develop a wealth of content from the Assassin’s Creed franchise. While animated and anime series could happen sometime in the future, the first Assassin’s Creed series will be an “epic, genre-bending live-action adaptation.”

Jason Altman and Danielle Kreinik of Ubisoft Film & Television will serve as executive producers on the series, and the search for someone to head the series is ongoing.

Netflix’s expansion into video game adaptations like Assassin’s Creed makes sense, particularly when you look at its success with The Witcher. It’s one of the few Netflix shows to fuel the internet watercooler for more than a few days recently (it was reportedly one of Netflix’s most-watched shows), fueling thoughtful analysis and memes alike. Since then, Netflix has greenlit a prequel series and an anime movie based on the series that was already popular as both a series of books and a video game franchise.

And Netflix is positioning to look beyond the initial live-action series in the works.

“We’re excited to partner with Ubisoft and bring to life the rich, multilayered storytelling that Assassin’s Creed is beloved for,” Peter Friedlander, Netflix’s VP of original series, said. “From its breathtaking historical worlds and massive global appeal as one of the best selling video game franchises of all time, we are committed to carefully crafting epic and thrilling entertainment based on this distinct IP and provide a deeper dive for fans and our members around the world to enjoy.”

Video game adaptations, in general, have been mixed bags (The Witcher being no exception to this); an Assassin’s Creed movie starring Michael Fassbender released in 2016 was almost universally panned. There is a lot of potential in the Assassin’s Creed franchise, particularly some of the later games, so Netflix could prove the exception. Still, in the wake of the monumental deal between Netflix and Ubisoft, it’s hard not to look at the new acquisition and look back at all of the shows that have been canceled in recent months.