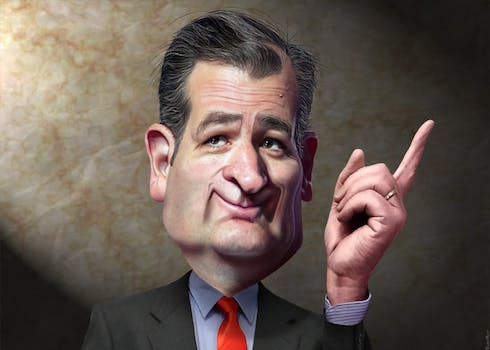 The Internet Freedom Act is anything but what its title suggests.

This week, the Republican-controlled Congress issued its first legislative response to last week’s historic net neutrality decision by the FCC. The proposed bill, dubiously dubbed the Internet Freedom Act, would largely undo the FCC’s ability to prevent ISPs from “throttling” certain websites and services, an issue the commission handled by relisting ISPs as similar to any other utility company.

“Last week’s vote by the FCC to regulate the Internet like a 1930s era public utility is further proof that the Obama Administration will stop at nothing in their efforts to control the Internet,” said Rep. Marsha Blackburn, the bill’s sponsor. Blackburn is also one of the largest receivers of campaign donations from ISPs such as Comcast, AT&T, and Verizon, raking in $80,000 from the cable/broadband industry just last election cycle.

The Internet Freedom Act is anything but what its title suggests. Like many statements on net neutrality by Republican policymakers, the bill is an attempt to re-shackle the Internet under the steep control of ISPs who have proven themselves untrustworthy. Opposition to net neutrality by the GOP (which flies in the face of the 83 percent of conservative voters who back net neutrality) has come in a variety of ignorant tones, be it short-sighted politics, loyalty to donors over citizens, and just plain lies.

1) Net neutrality allows the government to pick winners and losers

Rep. Blackburn considers net neutrality to be a government takeover of the Internet, stating “they will essentially be deciding which content goes first, second, third, or not at all.” It’s a common thread in Republican attacks that net neutrality is the overbearing federal bureaucrats bearing down on the Internet we all know and love when it is clearly quite the opposite. Perhaps most famously, likely 2016 candidate Ted Cruz called net neutrality “Obamacare for the Internet.”

Far from choosing who comes “first, second, third, or not at all,” the FCC’s regulations denies ISPs the ability to make those decisions. Title II, and specifically section 706, gives the FCC the power to “promote competition in the local communications market” and “remove barriers to infrastructure investment.” In a nutshell, that translates to stopping ISPs from enforcing the exact kind of restrictive market practices that Blackburn seems to be warning the government may mandate.

Except the government has no interest in picking winners and losers among the ISP markets. When Tom Wheeler came out in favor of net neutrality in February, he seem to distinctly leave out any pro-competition mandates—which is rather astonishing when you consider how monopolistic the current broadband market is and will likely remain.

Keeping the theme of accusing net neutrality of doing the exact opposite of what it actually does, several Republicans have used the talking point that net neutrality would threaten the innovation of the free market Internet. “[Net neutrality] destroys the price-driven incentives for innovation, expansion, speed, economy, and service that Americans have long enjoyed,” says Representative Tom McClintock. Rep. Blackburn agreed in her statement, saying the rules will “restrict freedom” and “stifle innovation.”

Except net neutrality inherently encourages innovation while allowing ISPs to self-regulate inherently kills it. If ISPs were allowed to create so-called “fast lanes” to the Internet, only companies that could pay their astronomical fees could compete on the even ground. On the Internet as we know it, all sites are treated the same by broadband companies. If ISPs were not regulated, it would make the costs of entry far more expensive for the next Netflix, Amazon, or Google.

This is not a hypothetical: Not only is there ample evidence to show ISPs throttling different kinds of traffic, but Netflix has been forced to pay untold millions to ISPs to keep their content running at even speeds to their customers. Such practices are a direct threat to the Internet, as free a market as their has ever been.

3) Net neutrality will raise your taxes

According to Representative Mike Lee of Utah, net neutrality is “a massive tax increase on the middle class being passed in the dead of night without the American public really being made aware of what is going on.” Americans For Tax Reform, the wildly powerful anti-tax organization helmed by Grover Norquist, accused the FCC of levying more than $15 billion in new taxes and fees with its decision to regulate ISPs.

This is a fairly drastic claim with a rather complicated answer. Yes, some new fees will be seen on some Internet bills, depending on how your state already regulates telecom industries. However, the Internet Tax Freedom Act expressly prohibits any federal taxation of the Internet for any reason. State taxes may still apply and your ISP might funnel new regulatory fees down to you, but neither are a direct result of the net neutrality decision.

4) Net neutrality will give us slow, European Internet

In his screed against the FCC, Rep. McClintock mentioned that federal regulation of ISPs will slow down broadband speeds across the board. “Europe operates under this sort of regulatory scheme, and its Internet service is conspicuously inferior, slower, and ponderous,” states McClintock.

This is a particularly false claim. First off, European broadband speeds are famously much, much faster than connections in the U.S. In fact, the U.S. has some of the slowest Internet in the developed world. In addition, Europe doesn’t truly have anything like net neutrality. In fact, the EU decided just this week to allow European ISPs to have a “two-lane” approach to Internet speeds, a direct contradiction the spirit and the letter of the FCC’s regulations.

If that sounds like it encourages McClintock’s point—that net neutrality regulations make the Internet slow—consider that the U.S. has been behind on broadband speeds for a while. Just as well, competition in the European broadband market means ISPs there must provide high-quality connections in order to compete. In the U.S., most Americans have only two options for their ISP and nearly a third have only one choice. Competition has a lot more to do with Internet speeds than what the FCC did last week.

For a while, it seemed like Chief Commissioner of the FCC Tom Wheeler, a former telecom lobbyist, would side against net neutrality; in the words of the Verge’s Nilay Patel, “the Internet is f%&*ed.” Then, shortly after Obama gives a major policy speech in favor of net neutrality, Wheeler surprised everyone by supporting Title II regulation. What gives?

If you ask Senator John Thune, Wheeler became victim to Obama’s supposed “bully tactics.” Indeed, conservatives did their best to tie net neutrality to the President until the very end: FCC Commissioner Ajit Pai, in his impassioned speech against net neutrality, consistently referred to Wheeler’s proposal as “the president’s plan” or “Obama’s plan.”

Not only must this be very demeaning to Wheeler, but within his declaration in favor of net neutrality is the proof that Wheeler truly and honestly believes in the policy. In his Wired op-ed, Wheeler details his early days working at a high-speed Internet startup, fighting alongside AOL in the early days of home Internet access. The reason why AOL succeeded and his startup failed, according to Wheeler, was because his faster service relied on cable TV connections where AOL’s relied on basic phone lines. Cable was not regulated as a common carrier and phone lines were, so cable companies successfully priced Wheeler’s company out of the market like he fears ISPs could.

This story, which took place over two decades ago, is a clear example of how net neutrality could encourage innovation, not stifle it, and help small businesses succeed. It’s a personal experience in Wheeler’s past and almost works as an origin story for Wheeler as the Internet’s hero. This is hardly the back story to some weak-kneed marionette with Obama at the strings.

6) The FCC is undemocratic

As well as tying the otherwise-popular proposal to the less-than-popular president, Republicans have consistently tried to show net neutrality as a shady plan passed by a secretive organization. Commissioner Pai, in particular, has accused Wheeler of hiding his plan from public opinion, saying “the American people are being misled about President Obama’s plan to regulate the Internet.”

It’s an accusation that has not only proven itself false (Wheeler’s proposal was exactly what he proposed in public and in print) but is itself an attempt to mislead Americans on the fundamentals of the FCC. The net neutrality proposal was passed 3-2 by the FCC’s board, made up of three Democrats and two Republicans. Under law, the board cannot have more than three members of the same party to ensure representation of opposing views. In this way, the appointed board members of the FCC are largely more democratic than the Supreme Court. In fact, Pai’s entire point is undercut by the fact that he spoke the longest at the meeting which passed net neutrality.

7) The government has taken over the Internet

All of these claims largely rely on the idea that the federal government, in regulating ISPs under Title II, has effectively taken over the Internet. Representative Louie Gohmert even went so far as to compare the FCC’s new rules to the restrictions on Internet traffic in China and Russia. “I know of numerous occasions where people said they were in China typing, and they mention anything about the government,” said Gohmert, “and they have lost their Internet connection.” According to him the FCC is seeking the power to “control your freedom to search for what you want or to say what you want.”

This is patently absurd. The FCC’s proposal makes no mention of content restrictions and gives the government no more oversight powers of what is done online that it already has. The federal government certainly polices the Internet for any of many crimes—from hacking to drug sales to child pornography—but this isn’t anything new nor does it have anything to do with the FCC’s ruling.

One of the reasons Republicans have struggled with how to grasp net neutrality is it seems to fly in the face of so much conservative ideology. Conservatives believe in a restricted but present government—so, of course, the federal government poking its nose around the Internet and telling ISPs what they can and cannot do shares traits with a lot of undue regulation. But net neutrality is not only necessary to ensure the strength of the free market, but it’s also wildly popular. While net neutrality opponents won’t be giving up any time soon, it is increasingly more important that facts of a policy always trump the assumption of an ideology.