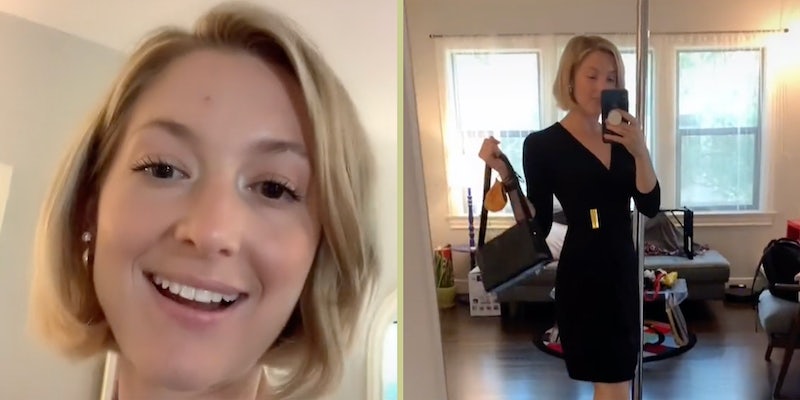 ‘Capitalism has failed us’: NASA engineer gets second job at Tiffany’s in the mall, sparking debate

She wants to have more flexibility.

As we’re having widespread reckonings about salaries, there is still a held belief by some that certain jobs or fields are more guaranteed to be set. But one apparent NASA employee’s revelation that she got a second job is leading to debates about the cost of living in certain parts of the U.S.

A few weeks ago, Kelly, who posts TikToks under the handle @sexybabypartygirl, revealed that she was interviewing for a second job. She has a degree in chemical engineering and works at NASA (one of her earliest TikToks shows her dancing on her lunch break). A few weeks ago, she made a video revealing that she was about to go on a job interview at Tiffany & Co. and edited clips of her trip. But she wasn’t leaving one job for the other

“I am a NASA engineer and I’m applying for a job at Tiffany’s part-time, and I have an interview in 40 minutes,” she said before she arrived at a mall in Houston for her job interview. Her video has been viewed more than 3 million times.

As Kelly revealed later in the video, she got the job, which would pay $20 an hour.

Her video went viral, prompting plenty of comments from people stunned about the fact that someone working as a NASA engineer would need a second job, astonishment that part-time jobs that pay $20 an hour exist, and

Kelly would eventually turn the Tiffany offer down because she was offered a part-time job working at an Apple Store, which would give her access to an employee discount she would be more likely to use (like getting a new iPhone). She made a follow-up video answering some of the questions people had, including why she would even take a second job if she already worked as a NASA engineer.

“I like my job at NASA, we get paid well,” she explained. “I just want a little more money, I’m not looking for a new full-time job, but my rent is high, I’ve student loans, I’ve car loans, and I like to thrift a lot.”

“You know capitalism has failed us when a skilled highly educated person who helps us go to SPACE has to get a second job,” TikToker kriskrongle noted.

“I want a part-time job for the money,” Kelly added. “I make enough money, but I want to do more fun things and not have to worry about it. And also, I just have a lot of time right now, so I don’t mind working a little more so I can spend more.”

She still has to figure out how juggling two jobs will work, but she did offer one lifehack she found helpful: Not making your bed every day will save you a little time.

We’ve reached out to Kelly.