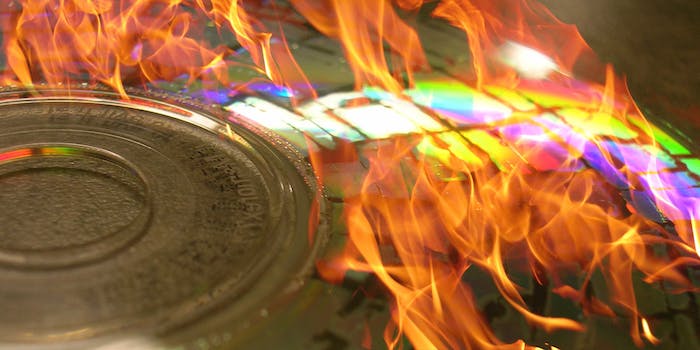 Why the ‘my mixtape is fire’ meme is so damn good

With just a few words (or bars), it captures so much of what it means to exist online.

Self-promote or die: That’s the ethos of artists today. The Internet has neutralized establishment gatekeepers, sure, but also wide swaths of the professional agenting and public relations class. It’s left creatives to wage guerrilla marketing campaigns on their own behalf. Writers tweet. Painters put their work on Tumblr. And rappers have to push mixtapes.

When you're on live television but you still gotta promote your fire new mixtape. pic.twitter.com/fyebfBaLLn

the fire mixtape is the new great american novel

This is the extension of a real-world phenomenon. Walking around any large city, you might be approached by a stranger who wants to give you a “free” CD of their music and asks for a significant “donation” in return. But somewhere along the line, the Internet spin on the practice, which typically involves a link to a sparse and low-rent SoundCloud page, took on a life all its own. “Check out my mixtape, fam, it’s fire,” became an in-joke about our society of narcissism and half-assedness. Everyone has a mixtape, and most of them really suck.

With just a few words (or bars), the meme captures so much of what it means to exist online.

Know Your Meme identifies the tweet above as a turning point, the moment we collectively acknowledged, with considerable irony, the hopelessness of trying to launch a hip-hop career from scratch. (That a handful of rap idols have done so only reinforces the core delusion of the mixtape game.) Since then, people have embraced the literalist gloss on “my mixtape is fire” for tweets and vines of increasing absurdity. In these narratives, the DIY mixtape—so often maligned, unheard, and discarded—is now an object of great and dangerous power. 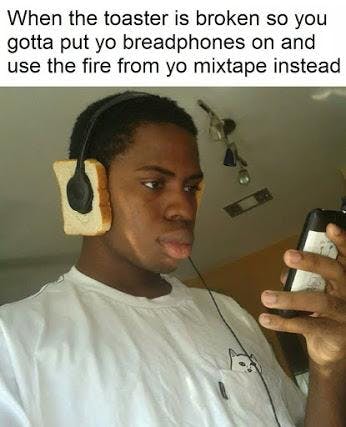 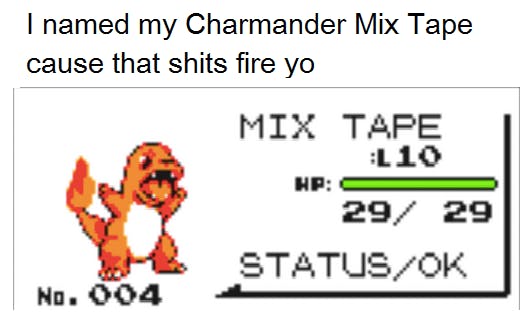 Other hip-hop fans prefer to skewer the elaborate and occasionally inappropriate ways in which a rapper might attempt to force their beats on the world. There’s no ruse too shady, no bait-and-switch too cruel, no social event too somber to interrupt with a hustle.

“@The_Cjbrown : This boy said "Can I borrow your calculator for a problem?" and hands me back this. Straight savage http://t.co/sP6XU97ceM”

Finally, some seek to point out the aggressive mediocrity of the mixtape form itself, and the unglamorous circumstances of those trying to break into a competitive music scene. A recurring gag holds that even established icons (Santa, for example), are struggling rappers on the side.

With just a few words (or bars), the meme captures so much of what it means to exist online—remix culture and appropriation, niche communities, hyperbole versus rock-bottom expectations, the struggle for identity or voice in a sea of sameness—that we wouldn’t be surprised to see it flourish for months to come. Which means you can expect a lot more amateur freestyling, aggrandizement, and maybe a whiff of fatigue.

A school near me is on fire and I only found out by seeing a joke about a mixtape. Life is good here in 2015.