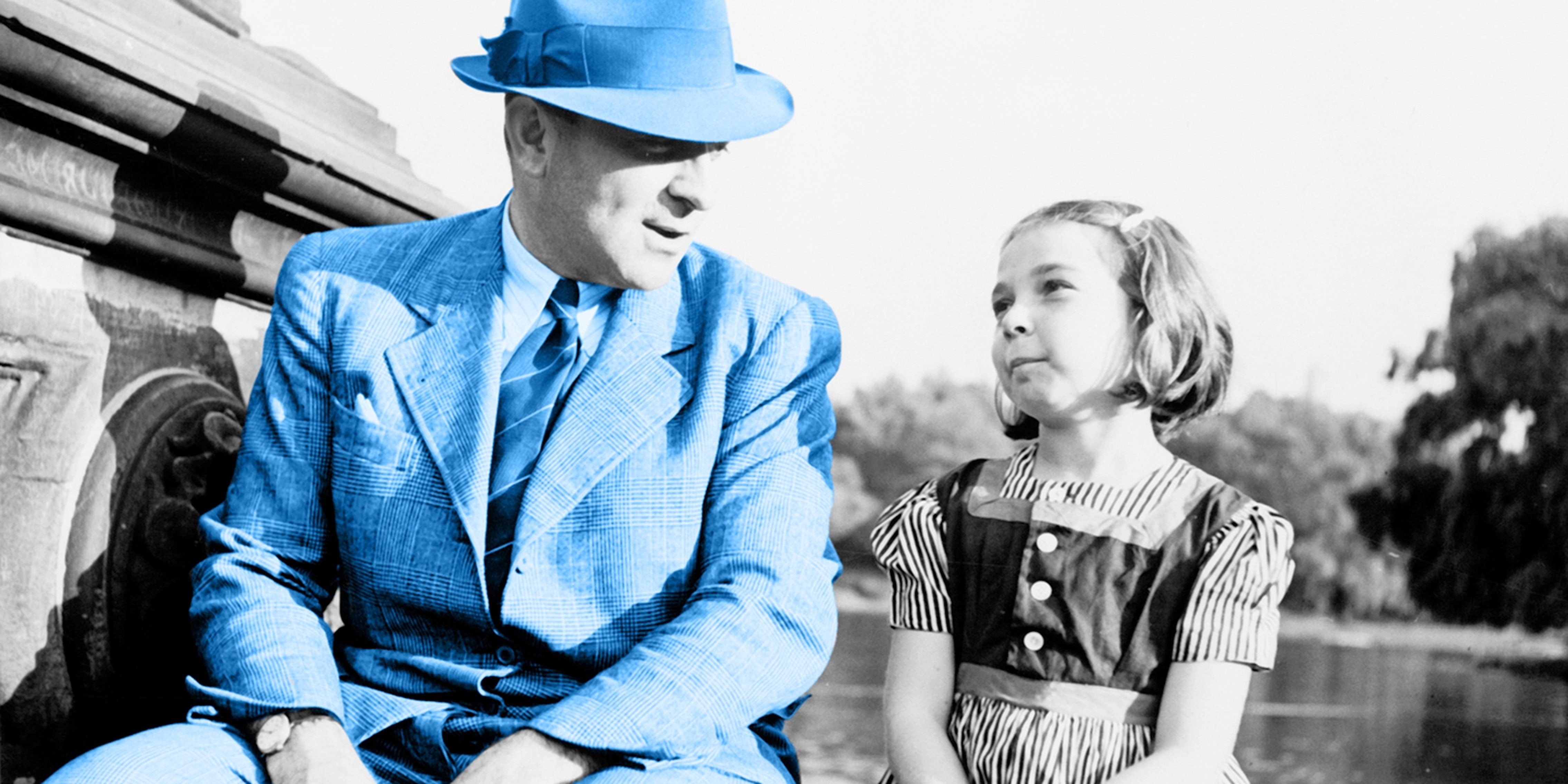 If a Venn diagram could map Weird Twitter and Dad Twitter, Patrick Mortensen, a.k.a. @MrBikferd, would be in the intersection.

If a Venn diagram could map Weird Twitter and Dad Twitter, Patrick Mortensen, a.k.a. @MrBikferd, would certainly be caught at the intersection. I discovered Mortensen’s Twitter feed when one of his “Planet Reunion” tweets—a series of 38 posts over the course of which the planets of our solar system attend their high school reunion—found its way into my feed.

Initially, this was all Mortensen had in mind. “Then, after I did that, I was thinking about things that happened to people in high school and how those things are cemented in my memory forever to those people,” he told me. “So I put in the thing about Mars getting a public boner.”

“I was surprised and happy with where it all eventually went,” Mortensen wrote. “I didn’t really plan it out from tweet to tweet, and the only joke I thought of in advance I ended up forgetting to do. I was still thinking about how fun it was the next day, so I told my wife that I had done this thing, and I thought it was pretty good, and I wanted to show it to her, and then I queued it all up on my phone and gave it to her and prepared to receive her praise, and she got to the fourth tweet and raised her eyebrows and went, ‘“Fingerbanging”?’”

Mortensen studied English in college and dabbled in creative writing. He received his master’s degree in English literature from Northwestern University. “That basically made me not enjoy literature for about 10 years,” he wrote in an email, though he says he’s working on a novel. In one of his first responses to my inquiry about his Twitter feed, he told me, “Make sure your article uses the word ‘oulipian’!” Oulipo was a loose collective of mostly French writers and mathematicians, active in the 20th century, who believed that creativity comes from constraints.

“Oulipians are into literary bondage,” writes Andrew Gallix at the Guardian. “Their fetish is predicated on the notion that writing is always constrained by something, be it simply time or language itself. The solution, in their view, is not to try, quixotically, to abolish constraints, but to acknowledge their presence, and embrace them proactively.” He continues:

Choosing the ‘right road’ from the outset, instead of stumbling upon it haphazardly, is the Oulipian way: once the Apollonian structure has been circumscribed, Dionysus can work his magic. ‘I set myself rules in order to be totally free,’ as [Oulipo member Georges] Perec put it, echoing [Oulipo founder Raymond] Queneau’s earlier definition of Oulipians as ‘rats who build the labyrinth from which they plan to escape.’

Mortensen finds echoes of this in social media. “Seeing someone do something interesting in spite of limitations is enjoyable/inspiring to me (I think to anyone),” he wrote. “A lot of what I like about Twitter (or Vine, say) comes from people being able to do something surprising, given the constraints of the medium.”

Still, he claims, it’s not something he keeps in mind when he goes off on a storytelling jaunt like “Planet Reunion”: “I think of the emoji keyboard as trying to speak a language with deficits in it, like speaking with an uncontacted Amazon tribe that doesn’t have a word yet for ‘taco,’” he wrote. “I look at it a lot and think: ‘Why even is this this way, even?’”

“The charm of emoji is that rather than giving us words or symbols to describe our experience, it gives us a bunch of mostly random pictographs, and we have to invent ways to use them in a way that makes meaning,” On The Media and “TL;DR” producer PJ Vogt wrote after the Unicode Consortium announced the introduction of a new set of emoji earlier this summer. “Emoji’s charm is in how broken and inadequate it is.” According to the Unicode Consortium, which standardizes representations of text across digital platforms, “The word ‘emoji’ comes from the Japanese 絵 (e ≅ picture) 文 (mo ≅ writing) 字 (ji ≅ character).”

“People use emoji to convey thoughts, but it’s always sort of a game, and the misinterpretation is as fun as the ‘correct’ interpretation,” The Atlantic’s Robertson Meyer wrote to me in an email discussing the New York Times’ recent pieces on emoji, which included a ‘fluency’ quiz. “That’s why the more popular emoji-translations tend to work the other way, words-to-pictures: It’s fun to see Aziz Ansari translating Kanye, not because we’re judging what he got ‘right’ and ‘wrong,’ but because watching someone smart get creative with the symbols is rewarding in its own right.”

Most of Mortensen’s most popular tweets that work in this mode (per Favstar) are one-liners. “Usually there’s a throwaway joke that occurs to me,” he wrote. “Or there’s a thought I have that doesn’t warrant a tweet on its own, so I throw an architecture around it.”

Such tweets are rewarded more immediately in terms of favs and retweets, but this obscures the fact that Mortensen’s best stuff comes as he creates broader story-worlds, like “Planet Reunion,” in 140-character increments. (Interestingly, Mortensen’s most popular tweet by a long shot is a fake—that is, photoshopped—text message exchange with his mother involving text from James Joyce’s Ulysses, which draws upon Mortensen’s literary sensibilities but strikes a somewhat different tone than is usual for him, insofar as the conceit of the joke is “Ha ha! Moms are bad at technology.”)

“Planet Reunion” differs from another story Mortensen wrote on Twitter, called “Grackletown,” a nonfiction piece about Waco, Texas, where Mortensen went to college. “Grackletown” feels like a more conventional story imposed upon Twitter, rather than something that has grown out of the medium. “That night I wasn’t trying to make it fit a form,” Mortensen wrote. “A lot of sentences break mid-tweet because I hit the character limit. Twitter wasn’t the best place for that story format-wise, but it was where my friends were just then, so ¯_(ツ)_/¯.”

This qualities of spontaneity and immediacy are, of course, precisely what’s so appealing about Twitter—particularly for writers, who are often neurotic, riddled with self-doubt, and end up full of regret or self-hatred if they think about anything they’ve done for too long. (Done properly, this is called “revision.”) Twitter encourages this kind of spontaneous, unimpeded writing, which can be a pain in the ass if you’re not in the mood to read a whole bunch of tweets at once from the same person. But it can be a boon to anyone who wants to get a number of thoughts out on the same subject without thinking too hard about it.

Mortensen isn’t the only self-consciously literary type to discover the formal appeal of Twitter. Cloud Atlas author David Mitchell, who largely avoids the platform, described his Twitter-based short story “The Right Sort” as “a sequence of nice little throbs and pulses,” which seems as good a description of a Twitter feed as any. Teju Cole recently conducted a similar experiment, direct-messaging lines from a story he’d written to friends and asking them to tweet those lines, which he then retweeted, reconstructing the story in his own timeline.

In an interview with Wired magazine, Cole compared the level of scrutiny applied to individual tweets—and their impact—to individual lines of poetry: “Poetry is where I see that every single line has a certain punch and precision to it. Being on Twitter has allowed me to participate in a similar kind of practice,” he said. “When you’re writing fiction and longform prose, you think about the best sentences, of course, and you work on them. But when you’re tweeting, the sentences are isolated, they’re naked, and so there is that much more scrutiny on how they work.”

Mortensen eschews comparison of himself to authors like Cole and Mitchell: “I would in no way compare myself to those two guys, ever.” The biggest difference is that while the two professional authors’ storytelling tweets might bear a degree of self-evident literariness, there is something a bit more off-the-cuff, or even improvised, about Mortensen’s style.

“The stuff that works best on there has a short turnaround time from when you come up with it to when you get it out. If you start to labor over any aspect of it, it feels weird and forced,” he wrote. Tweets like these seem to be diminished once removed from their original context—both temporally (as there is something more gratifying about watching a series of tweets build in real time than picking through them retrospectively) and “spatially” (like embedding them, for example!). “The conversational/serial nature of Twitter makes it seem immediate, and the idea that it’s almost a performance (baaarrrrrely, but still) adds a lot to it.”