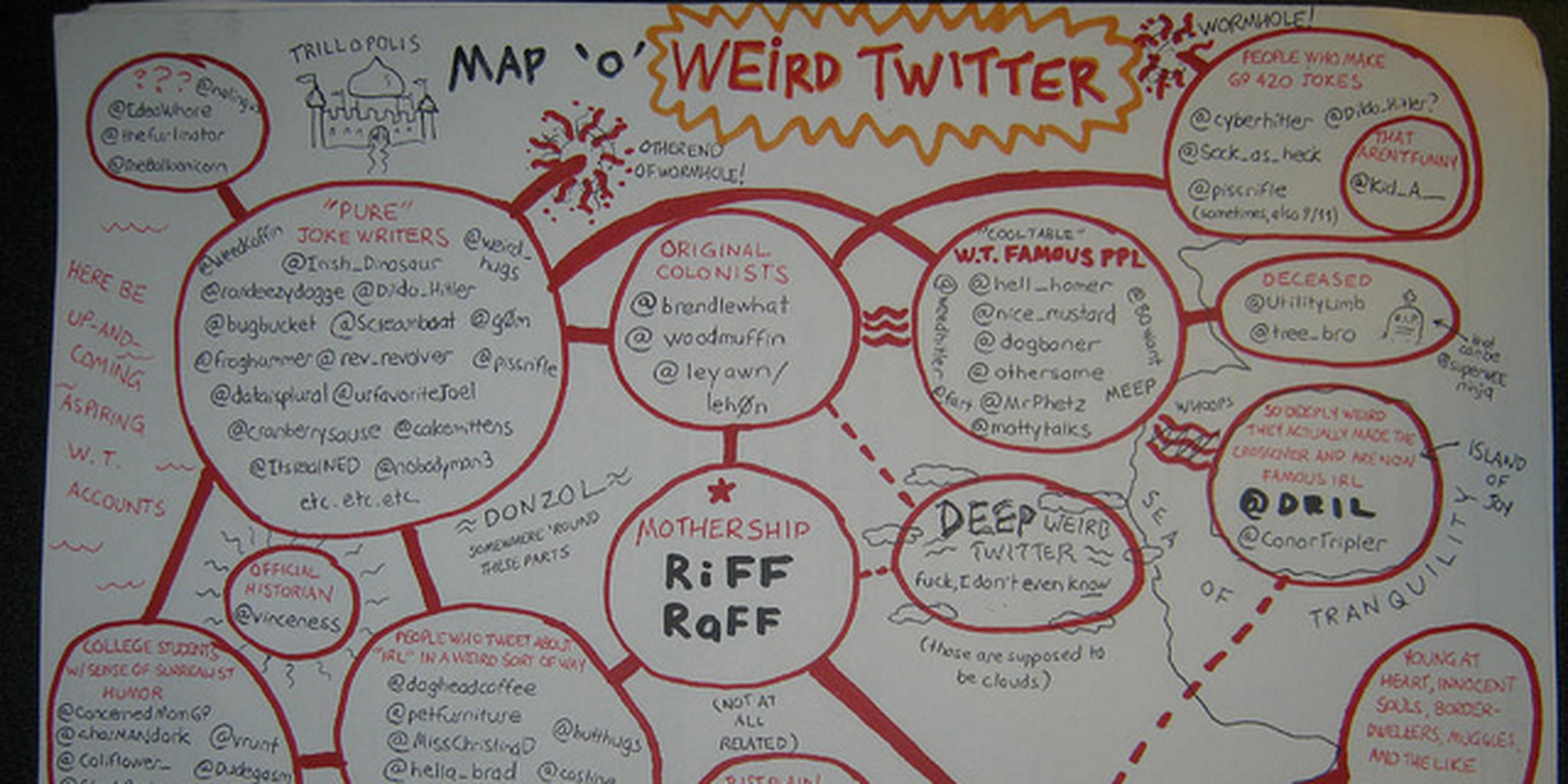 In what you’d have to call a journalistic coup for any news service, The Wall Street Journal has, at long last, gotten Twitter Inc. to comment on the heady subculture known as Weird Twitter.

Weird Twitter, for the uninitiated, refers to a loose confederation of Twitter users who use the social network as a platform for experimental verbiage: satire, poetry, collage, diapers—all are included. In its push for an eclectic and overdeveloped aestheticism, it resembles a 21st-century branch of Dada.

Simply put, Weird Twitter is pushing the envelope in ways that do not necessarily align with Twitter’s best financial interests. Take the whole sponsored posts angle, for instance: that’s the type of corporate leaching that brings out the quiet anarchist in some people. As the WSJ explains:

Ryan Woodsmall, a 34-year-old information-technology worker in St. Louis., hates promoted tweets. When he notices one from, say, Wal-Mart or Bank of America, in his feed, he will reply to the tweet or retweet it after editing the tweet to insert misspelled words or other flourishes that he hopes will reflect poorly on the brand. He also does this because he hopes it will drive up the cost of advertising for the brand.

That satisfaction may not have much basis in reality, however. According to Twitter spokesman Jim Prosser, the company has an algorithm in place to ensure advertisers never pay for “insincere” engagement—meaning cubicle warriors like Woodsmall would have to get more creative in their disruptions.

That’s not the part that hurts most about Prosser’s comments, however. In the article, he also framed Weird Twitter’s protests, attitude, and policy of self-selection as “the eternal battle people have over hipsterdom.” Ouch. Meanwhile, a user, John Manoogian III, defended Weird Twitter as “just regular people trying to reclaim the platform with ironic, meta-humor.”

CORRECTION: An earlier version of this article identified John Manoogian III as a Twitter employee. He is a Twitter user, but does not work for the company. We regret the error.