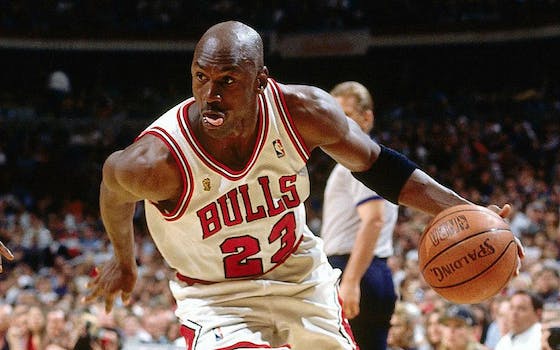 This is what Michael Jordan thinks of that Crying Jordan meme

We now have permission to continue using Crying Jordan.

It’s nearly impossible to follow a major sporting event online without somebody turning the crying Michael Jordan photo back into a meme. Invariably, somebody is going to be sad about losing the big game, and inevitably, some enterprising social media user will end up Photoshopping a Crying Jordan into a key moment when everything seemed to go wrong for the team that lost.

It all began in 2009, when Michael Jordan spoke during his Basketball Hall of Fame induction, and while receiving a long ovation from the crowd, he began to cry. Associated Press photographer Stephan Savoia captured the moment.

Only recently—last September to be exact—has the Crying Jordan meme become such a big part of big-game social media culture.

Though many have wondered whether Jordan knew about the meme and whether he was cool with it, we’ve finally received our answer. He’s totally fine with it, according to TMZ.

“Everyone seems to be having fun with the meme,” a Jordan representative told the website. “We haven’t seen anyone using it to promote their commercial interests, which is something that we’re monitoring.”

What have been some peak Crying Jordan moments in recent history? Here’s Panthers quarterback Cam Newton, during and after Carolina’s loss to the Broncos in Super Bowl 50.

you may RT now for all your cam newton Michael Jordan crying faces memes pic.twitter.com/BxKBiKjvtQ

And Panthers kicker Graham Gano after he clanged a field goal off the upright.

this is an elite crying Jordan (via @SPUN) pic.twitter.com/gqRBOmBd0v

Or when the Broncos bested the Patriots in the AFC title game.

Or when Clemson lost to Alabama in the national college football title game.

Or when the Mets lost to the Royals in the World Series.

Of course, the Crying Jordan isn’t solely limited to sports. It also might apply to a Republican presidential hopeful who happened to finish second in the Iowa caucus.

But if you don’t want to find yourself going viral when you’re having one of the worst days ever, here’s some advice. Win at everything at all times. Newton should have listened to the man himself.